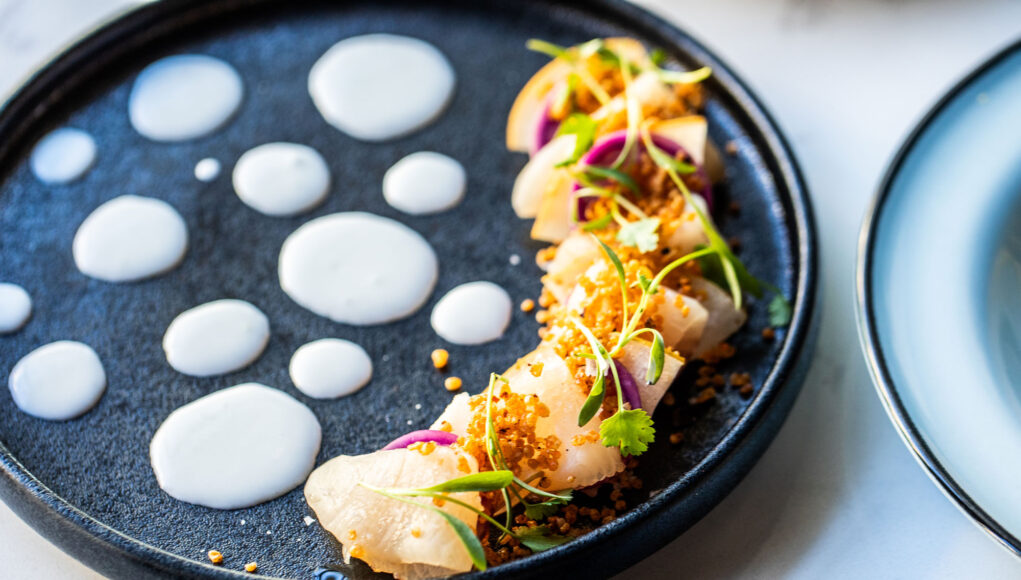 From the pristine, responsibly sourced menu at Plank Seafood & Provisions in Austin, the dizzyingly beautiful pastry creations of Common Bond in Houston, the garden lush and deluxe fresh offerings of Paradiso in Dallas, to the true authentic, provincial French temptations of Mon Chou Chou in San Antonio, the Lone Star state has an amazing chef for every palette. Discover the all-star chefs igniting the highest level of cuisine in this dynamic Texas Progressive.

Tony Gentile, the Corporate Chef for prolific Flagship Restaurant Group, was born and raised in Houston TX, and uniquely balances his chef hat with his business brain. Recently included on the 2021 Chef Power List in Restaurant Hospitality magazine, Chef Gentile talks us through his multidimensional culinary journey and shares his passion for one of his favorite venues with Flagship, Plank Seafood & Provisions in Austin, TX.

My wife will tell you that I’m extremely obsessive-compulsive. And I’ve also had the luxury of growing through this business, not just from the food side, but through all the technology that we put into place. Though I do anchor the food program, there are all kinds of things inside of our business that I’ve got to focus on over the years that have just made me so well-rounded.

We’re really serious about seafood. Talking with The Chefs’ Warehouse over a period of time, I can see that there are some parallels there. But for us, we have a really strong responsible sourcing metric that we use. We partnered with the Monterey Bay Aquarium a few years ago, which is at the forefront of responsible fish sourcing or seafood sourcing. I hate to use the word sustainability because it’s so loaded, and everybody’s definition of it’s a little bit different. Plank’s menu is all 100% responsibly sourced.

We got introduced to CW by proxy, because of a shrimp that I followed for a very long time. (See chefs’ picks below for details.) It’s the best shrimp out there.  We greatly look forward to working with CW more as time goes on, especially once we can get our heads out of the water with the eight projects we’re currently working on.

Our ongoing success is founded on the core group of guys that started this. We really lean on each other. If there was turmoil inside of these relationships, which you see a lot in this industry, we would be nowhere.

We’ve got 40 projects and four new concepts that we’re currently developing between 2022 and 2023. We spent 20 years getting to where we’re at, and we just feel like we’re hitting our stride.

Executive Chef Nick Hurry of Paradiso, a southern European-inspired restaurant situated in an idyllic shaded garden in Bishop Garden in Dallas, wants everyone to feel welcomed and comfortable at his table. Despite heading up gorgeous Paradiso (and recently opened Casablanca) in the trendy Bishop Art District, Texas-born Hurry’s objective is to follow in his grandmother’s footsteps and have a special dish for everybody. CW Mag caught up with modest, straight-shooting young Chef Hurry to get his take on his slice of Paradiso.

Intense anxiety? (haha) Besides that, what makes me valuable is the ability to take a challenging situation and look at it from all aspects and find the best solutions. I guess this is part of any chef’s job but I think it’s kept me valuable in situations where other people might lose their heads, and take a quicker route.

I remember going to my grandmother’s house when I was like four or five around Christmas time. She used to make life-size giant gingerbread cutouts of us.  She’d measure us on paper and then make a gingerbread. Then we would decorate it. Pretty cool. Aside from that, we always got together and had big dinners. Everyone would have their own special meal.

I believe this is one reason that I always go for approachability in my menu. I like to cook for a broad audience and offer things that aren’t too polarizing.

Bishop Arts. Come One Come All.

One of the things that a lot of people comment on is that the demographic here is huge. There’s no one type of person that you get.  It’s a ton of people with different interests and different ideas. All hanging out together.

What the world doesn’t know about Texas

It’s a lot more diverse than people think it is. It’s easy to think we’re just centered on chilies and peppers and onions. You have to include the roots of Mexico City and Central and South America, for example. We get a ton of stuff from these parts of the world.

Three months into his position as Executive Pastry Chef of the popular high-end Houston franchise, Wisconsin-born Mark Freischmidt, is fresh from the tropical shores of Waikiki where he headed up a to die for, artistic pastry menu and full-scale retail shop for the five-star Halekulani Hotel.

Starting in culinary at age fifteen, Chef Mark is accustomed to a broad spectrum of responsibilities. Heading up the pastry team and creating menus for Common Bond’s seven venues peppered around Houston, CW Mag was delighted to steal a few minutes with hyper-artistic Freischmidt.

I’m a very ‘global chef’ in regard to my flavor profiles and talent for creating pastry. But I am also talented at building a team. If I can create something, but my team can’t recreate it, there’s a big problem.  At my last position at Halekulani,  where I was for eleven years, I had two pastry chefs working with me who were in their late 60s. They went from doing typical French pastry to molecular gastronomy. You have to be able to help transform your staff and help them find their individual strengths. 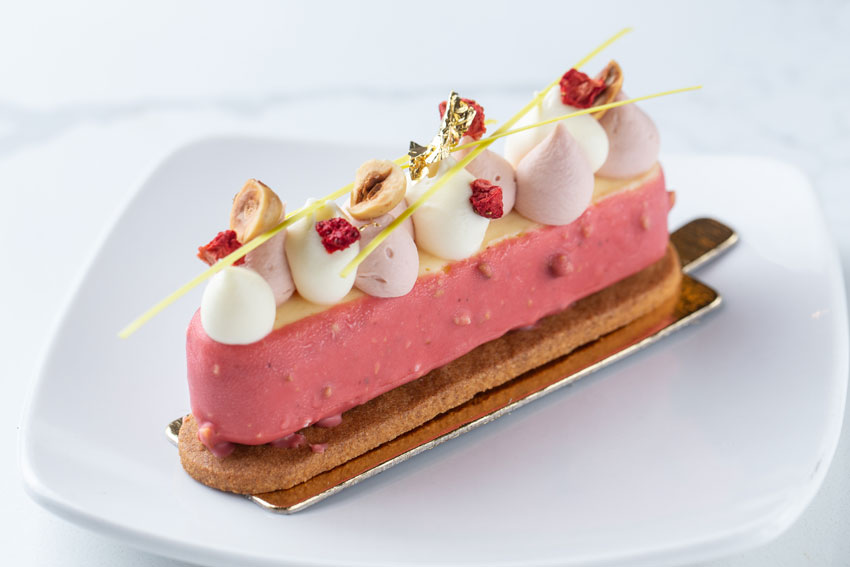 What Attracted You to Common Bond and the Lone Star State?

I was attracted to the company’s solid commitment to the product. Common Bond is really striving for excellence. I can see there’s room to be creative and many programs that could be implemented that would be very beneficial to bring to the Houston scene. And the customers here are really great people.

Your chocolate and pastry creations are so
beautiful, like works of art. Is ever it difficult to
see them consumed?

That’s the fun part about it. It is artwork, but it’s fleeting. It exists in that moment. First, you have the visual, which is very important, then the flavors and textures; all that medium eventually goes away but it becomes a memory. It played its role and now it’s time for it to go.

Laurent Rea, Executive Chef of Brasserie Mon Chou Chou, (translation: ‘My Darling’) was born and raised in Strasbourg, France where he fell in love with cooking while staging at a local French restaurant as a teen.

Rea cut his culinary teeth via world-class venues like The Lygon Arms Hotel in the gorgeous Cotswolds of England; Ca’Savio in Venice; and with culinary giants, Paul Bocuse and Roger Vergé at Chef de France in Orlando, Florida, to name a few. Just prior to opening Mon Chou Chou, Rea worked as Executive Chef at L’Etoile in San Antonio.

As fate would have it, Laurent met and became fast friends with fellow Frenchmen Jérôme Sérot from Lyon, and later Philippe Place from Chartres, who had all moved to San Antonio in the early 2000s. Mon Chou Chou was a dream turned reality for three Frenchmen who organically bonded over their shared love of food.

Much coveted for French comfort food, Mon Chou Chou sits like a Parisien jewel in the crown in the beautiful historic Pearl, a San Antonio neighborhood by the river with a rich history spanning back to 1881— in the city the three Frenchmen love to call home.

CW Magazine was very pleased Chef Rea carved out some time to share his unique perspective and story.

I keep my humility. I keep learning every day.

The spirit of Bocuse, the style of Vergé

Paul Bocuse influenced me greatly while at Chef de France in Orlando, Florida because of his huge presence and energy, and of course, his tremendous food. However, I connected more with Vergé because he helped me reconnect to provincial southern French cooking, which is my favorite. Vergé really made this way of cooking popular with his celebrated 3-Michelin star, Moulin de Mougins in France, situated in a 16th-century mill (moulin) in the inland French Riviera town of Mougins.

I’ve been influenced a lot by my grandmother in my style of cooking which is very simple and provincial because she would always have something cooking in her house. She was forever braising meats and making great sauces. This environment helped me to develop my palate at a very young age. 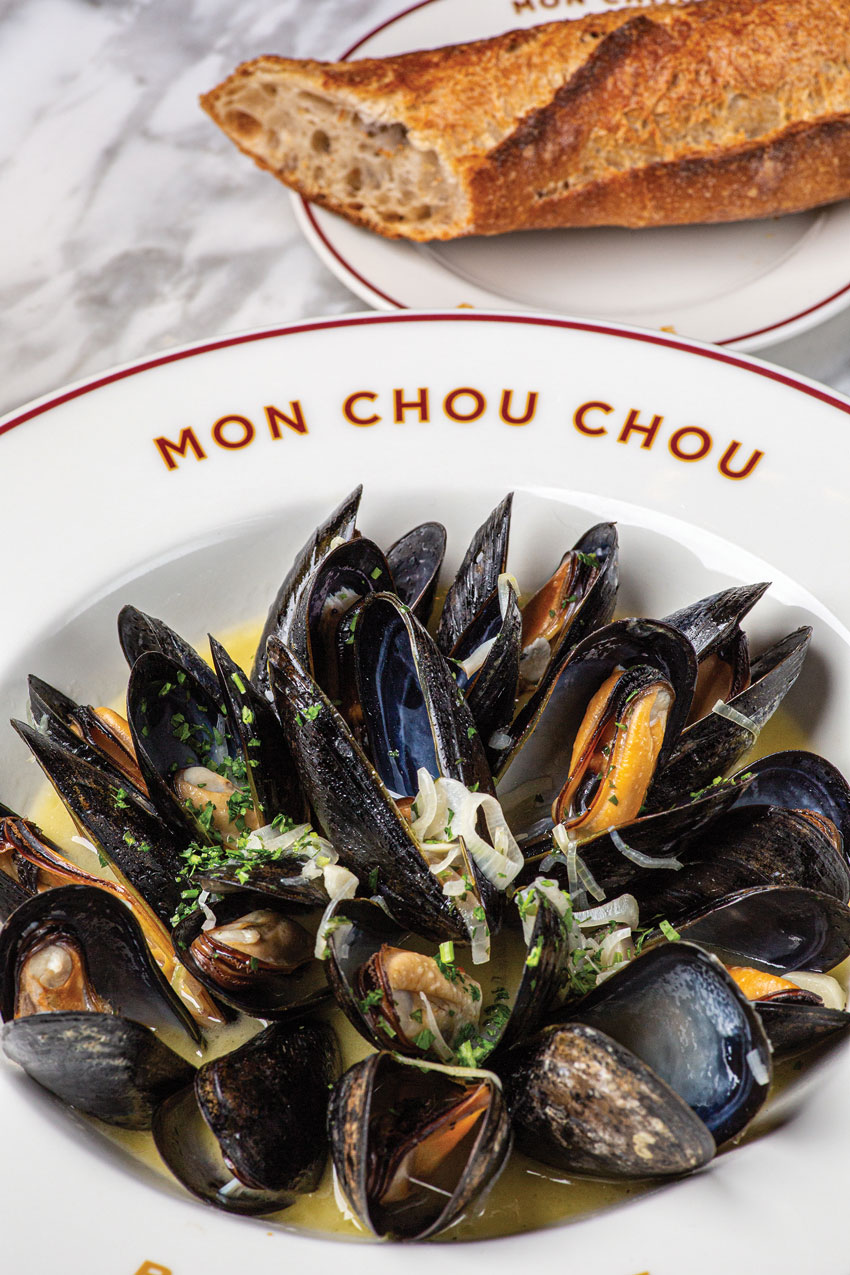 There’s something about San Antonio

San Antonio is not as pretentious as other big food cities and it has a real provincial culture here which I really like.

Season of the Sun