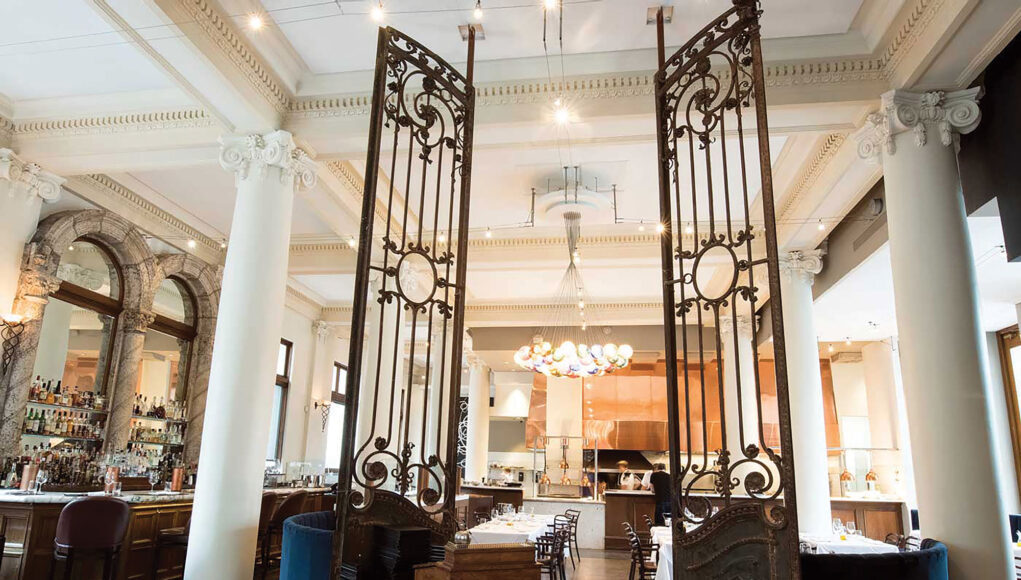 Educated at NAIT Culinary in Edmonton Alberta, Executive Chef David Leeder’s culinary journey has been an amazing race across Spain, France, Denmark, Sweden, and through a host of Europe’s most esteemed kitchens including 3 Michelin-star restaurant Martin Berasategui in the Basque town of Lasarte-Oria and Michelin-starred restaurant Frenchie in Paris. Returning home to his Canadian roots, David now leads the talented culinary team at Calgary’s premier restaurant Teatro. CW Magazine had the opportunity to talk with David about his culinary wanderlust and what fuels his inspirations.

Asked about the roots of his culinary passion,
David responds that he found the kitchen easily. “It was institutional,” he says. “My mother’s family is Italian and has a strong cooking heritage. And my grandmother was a Red Seal chef.” The Red Seal is a Canadian accreditation for culinary experts demonstrating superior skill and knowledge, through passing a national exam.

“My grandmother’s influence on us from a food perspective was huge,” he continues. “It created generations of us–my parents, aunts, and uncles are all amazing cooks because they learned from her. And then, in my generation, me, all my
cousins, we all have an appreciation for food because of her,” he says. “But, it was the exposure. Making stuff with her from a young age was always very important in our family. And going to a fine dining restaurant as a kid and seeing all the bells and whistles, it was like going to the movies. I was really struck by it.” 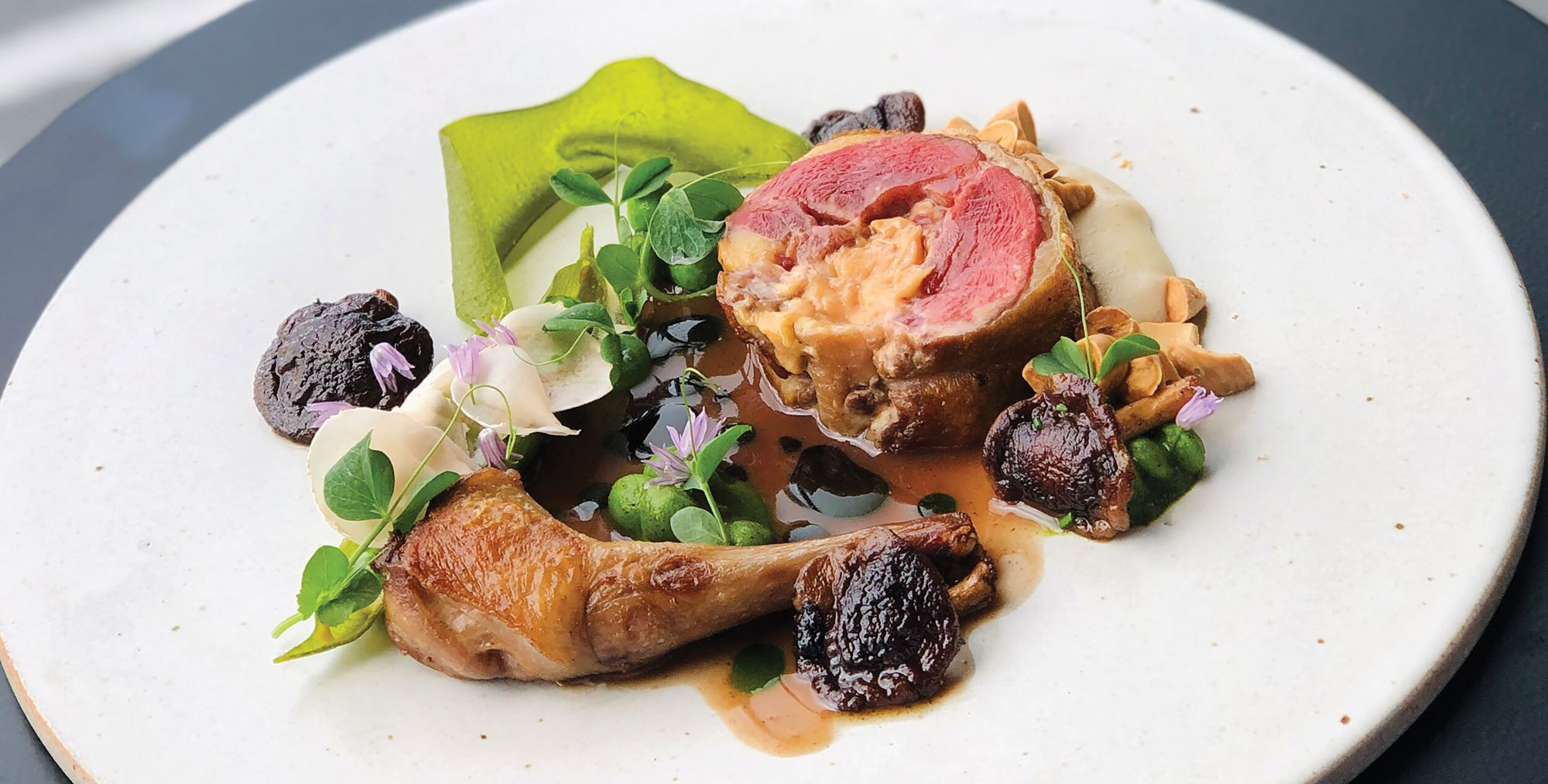 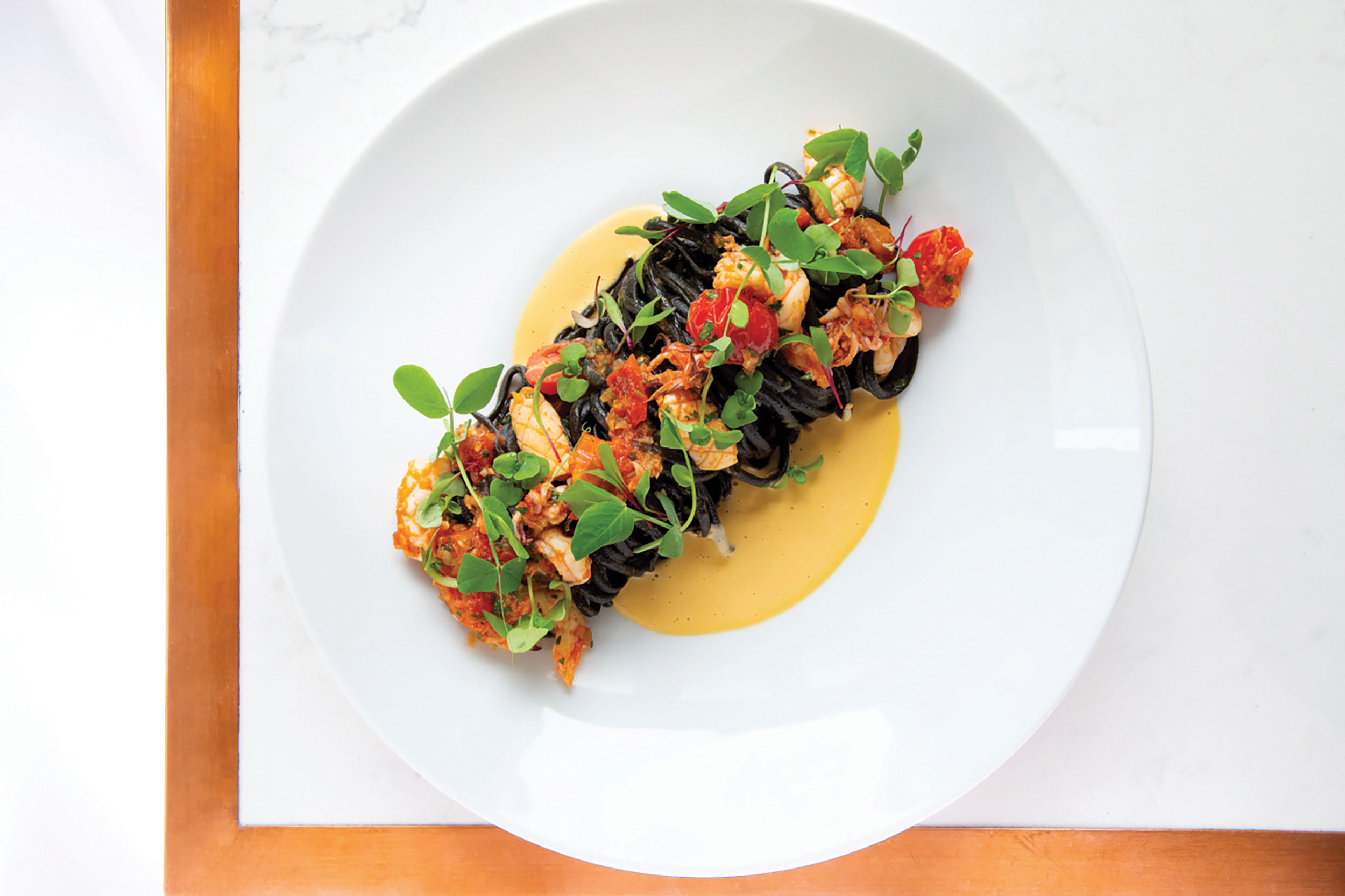 David’s foundation fueled his culinary drive and after attending NAIT, he set his sights on Europe.

“My dream was always to get to El Bulli, but sadly it closed, so I went to San Sebastian and took a position that was basically for room and board.” David’s Spain experience spring-boarded a culinary tour de force taking him through Michelin-starred restaurants and Europe’s culinary capitals.

The Chefs’ Warehouse is integral to what we do out here. It’s not always easy to find produce, or different quality ingredients. The hydro greens from CW make a big difference for us. Because being in Calgary, it’s not exactly California. We really struggled here getting access to quality, what’s best, and what’s best for the customer. The hydro greens are extremely high quality, which is why we are building our salad program around them. They’re living; they taste good; they don’t spoil as fast. There’s so many reasons, but it’s just such a better product.

Of his European experiences, David mentions his three to four years in Copenhagen at Noma and 108 as perhaps the most informative. Asked how it changed him, he answers, “It’s funny, I think it’s still changes me to this day. It was very demanding. A little bit like the wild west. I expected it to be more like Spain, where things are controlled and organized, but, no, Copenhagen was like organized chaos. Wild, like punk rock. The services were fast. The energy level was always high. It just seemed like we were always just barely making it by the skin of our teeth. They had a philosophy of like, don’t ever get
comfortable. We had to create our own style. It was the most interesting group of people I’ve ever worked with. And everyone put everything they have into it.“

It’s a bit of a surprise for David, now back in Canada, and leading the culinary team at Calgary’s heralded Teatro.

“I didn’t ever think I would end up here,” he says. But during a tour of its vaulted interiors, he found inspiration. “I was like, ‘Wow.’ The potential of this room seems incredible. And you know, it had a deep history of really great chefs that have come through its doors. It’s a dynasty. And I wanted
to be closer to home and family. I was like, well, this, you know, this could be it. The allure was there.”

On what he brings to Teatro, David answers, “The way I cook is definitely grounded in the classic, technique that I learned in the Basque Country. I don’t know how much of the Danish stuff actually shows up. I’m sure it shows up a bit if I looked into it, but I seem to go back to what is a little more old school,” he says.

“My approach with Teatro is just making sure people get delicious food, and things that they want to eat versus, trying to put my ego on the plate. I like when the flavors work together. I like when it makes sense. I don’t mind putting a very classic dish on here, where people might think it’s out of style. But it’s like, no, I’m gonna make an absolutely perfect beef tartare, and it’s gonna blow your mind. It comes from those pretty strong foundations, the teachers and mentors that taught me to do things at that high level. It’s easy to look at a simple technique, like a Hollandaise sauce, and say that it’s going to be good no matter who makes it, but then, they haven’t tried mine yet. You know what I mean? Like, just getting it, getting that balance, getting that structure to things.”

Bridor: Quality and Consistency on ‘the Rise’