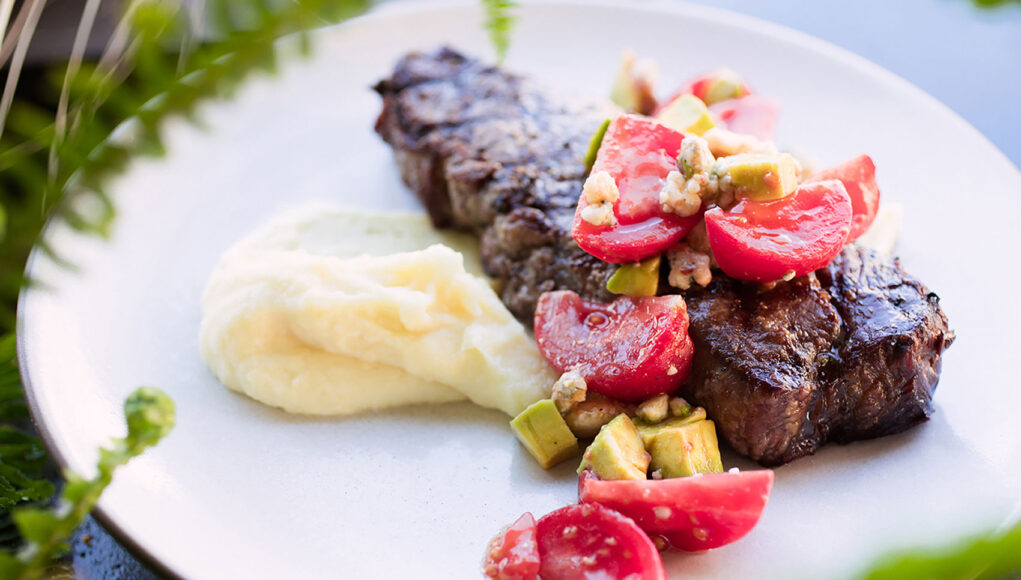 It was during a semester off from pursuing his degree in chemistry that Chef Gavin Schmidt realized he wasn’t missing ’sitting around doing differential equations.’ He was too busy dreaming up ideas about food.

Having started in the kitchen as a dishwasher to make extra money while in high school in Bainbridge Island, Washington, Schmidt moved up the kitchen ranks effortlessly and was offered the role of sous chef during a semester off from college.

By the time Gavin truly realized his interest, passion, and talent for cooking could be a real occupation, he was already seven years deep in the game and well past the need for culinary school.

A move to San Francisco and a slew of high-end jobs at Aqua, Elisabeth Daniel, Fifth Floor, Campton Place Hotel, and Corners Market, eventually led Schmidt to a position as chef de cuisine at the renowned, three Michelin star, COI, where he would meet his culinary fate, and one of his best friends, Paul Einbund, sommelier extraordinaire.  Schmidt shares, ‘I was the chef de cuisine, and Paul was the managing partner and beverage director. We just really hit it off and became friends, real friends—we played tennis together and everything’. Schmidt continues, ‘One of the ways we really hit it off is that I’m very much a big wine fan, and Paul really loves food. So, we would geek out on food and wine pairings and share an appreciation for what the other one was doing. We’d have lots of dinners together. I would make food, and he would open up some great bottles and we’d be poking our noses in each other’s business the whole time. This is where it all started. The idea that one day maybe we could…’ 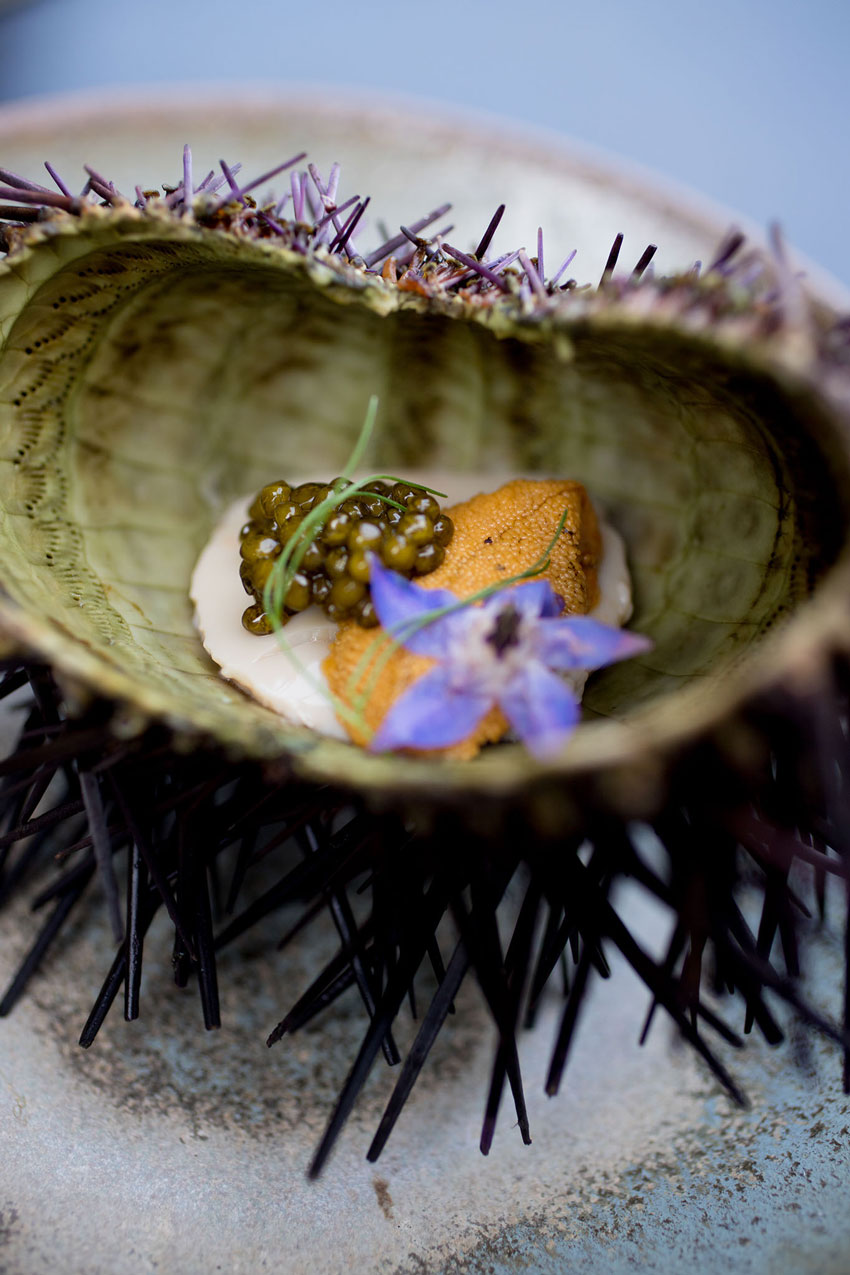 Life moved on, and Schmidt and Einbund left COI around the same time to pursue ‘other things.’ Chef Schmidt headed to San Diego where he became Executive Chef at Blanca, during which time the venue was named one of the top ten restaurants in San Diego and received four stars from the San Diego Reader. He was also awarded “best of the best” status by Candice Woo of San Diego Magazine.

Blanca closed in August of 2011. Schmidt, who was homesick for San Francisco anyway, found himself back in conversation with Einbund. ‘We both said, hey, we’ve talked about this. Let’s do it. The timing was right. So we started the process.’

Finding the right spot proved more challenging than Gavin and Paul had anticipated. Four years after moving back to the Bay Area, the pair finally found their brick-and-mortar at 2501 Mariposa Street, known as Potrero Flats (Media Gulch)  in San Francisco. ‘Finding the right place took much longer than we ever thought it would. It was definitely a bit of a road,’ Gavin offered.

A mere two years after opening, The Morris (named after Einbund’s late father) made the Top 100 Restaurants in the SF Chronicle in 2018. With a steadfast following of adoring fans from near and far, The Morris has made a serious name for itself as a cool and cozy, unpretentious neighborhood bistro with world-class food and drink. 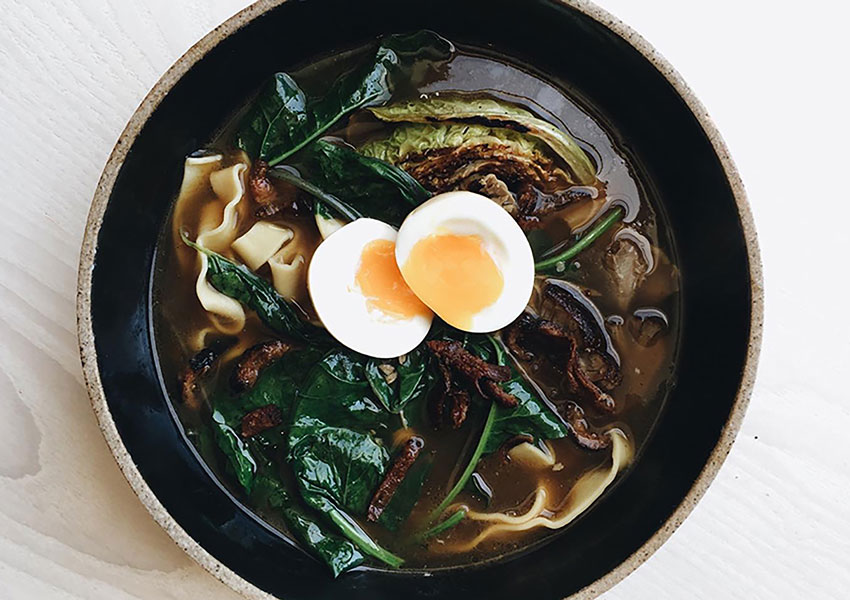 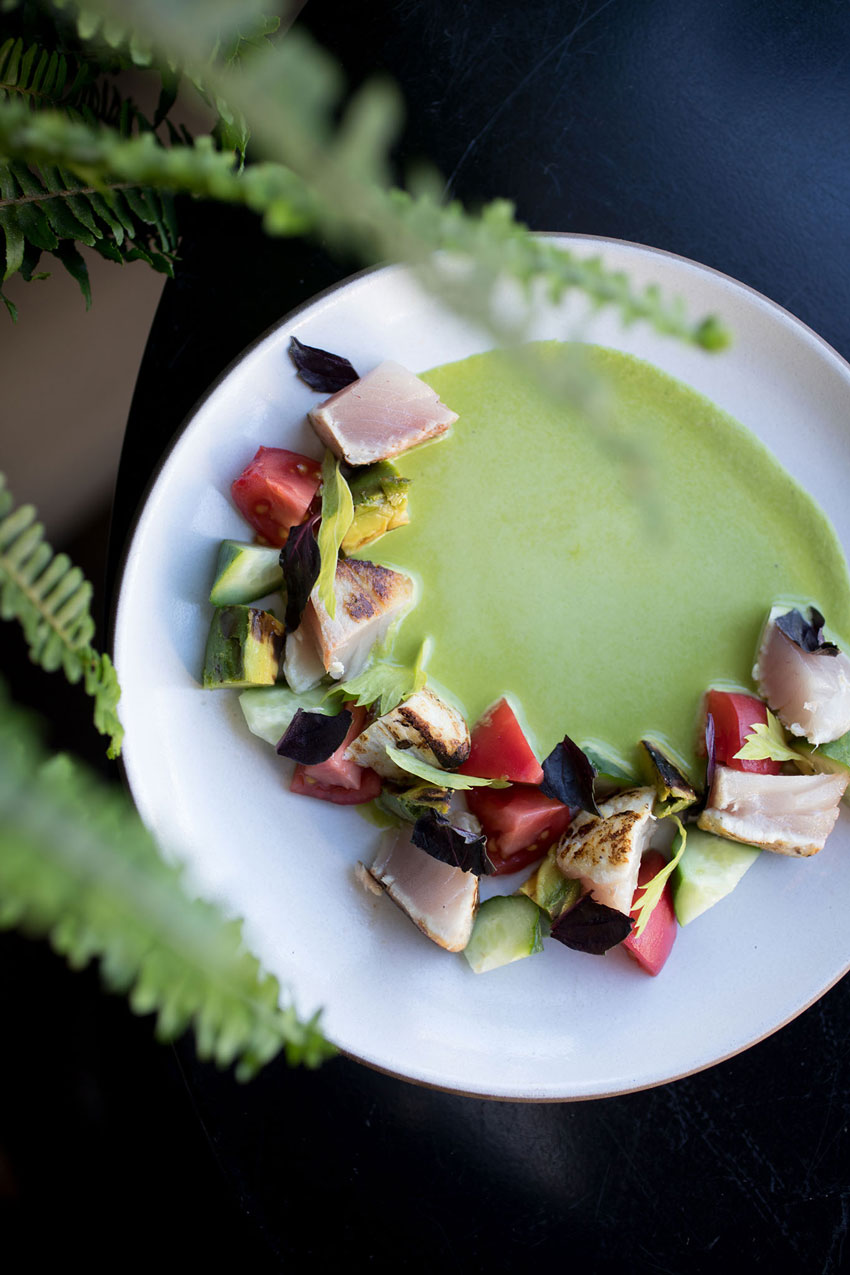 Schmidt shares his take on The Morris’s success. ‘We basically wanted to create the type of restaurant we’d want to eat at on our day off, a place that makes great food that’s seasonal and local as well as pouring some really fun stuff. We wanted to sit in a restaurant that doesn’t feel stuffy but one that feels casual and warm but where you’re not compromising quality. You’re just compromising two or three extra servers and a bunch of people with tweezers. We have cultivated a clientele that want those same things. Paul is very creative, very forward-thinking. Together we have a very strong industry following because of that—reliability, quality and flavor, but without anyone having to mind their p’s and q’s.’

Sharing his organic source of inspiration for his menu, Gavin offers, ‘The fun and cool thing is you can cook like, ’What am I hungry for today? You’re feeding more of just a hunger rather than a thought, idea, creation. It just comes off as a lot more soulful when somebody’s cooking the food that they want to be eating.’

Having been in the industry for about 30 years, Schmidt ‘has definitely seen a thing or two’, and his vast experience in so many high-end kitchens equips him with a broad range of techniques and knowledge of flavors and ingredients that ignite his menu at The Morris in an unabashed, if not covertly elegant way.

Notorious for his butchering skills and his in-house charcuterie program at The Morris, Gavin shares his passion for the knife and making use of every single possible part of the animal. ‘I get whole pigs in every other week. And you know, we’re always just kind of finding different parts of them to use. I enjoy butchery. It’s definitely one of one of my big things. It was always important to me to do justice to every aspect of the pig. (AKA, I didn’t wanna f__k it up!)’

The perfect roasted duck is another well-known offering at The Morris. Gavin had this to say when asked if he had a preference between the duck and the pig. ‘I’m very passionate about eating and food and all the things. I remember working at COI, and Daniel (Patterson) would pose these kinds of questions, ‘If you had to pick between pork and beef……’, and it took me like three days to answer. I’d have all these pros and cons… I was like, ‘Wow, you can’t just drop that on me!’

With health and planet conservation on the front burner these days, Gavin comments on his take on the horizon of gastronomy, ‘The future of food would be not to buy just the whole animals but to buy all the extra stuff that people don’t want.  My farmers are like, yeah, if you just buy a whole pig, that’s great. There’s no waste. It’s one-for-one. But they’re like, if you want to take extra skin or extra heads or extra offal, because that’s the stuff that people don’t normally take, and you can utilize those parts—awesome! So I’ve found that especially with the charcuterie program, a lot of the time I buy a pig but I’m like, hey, can you send one with two extra heads and an extra 10 pounds of skin, or this or that?’ 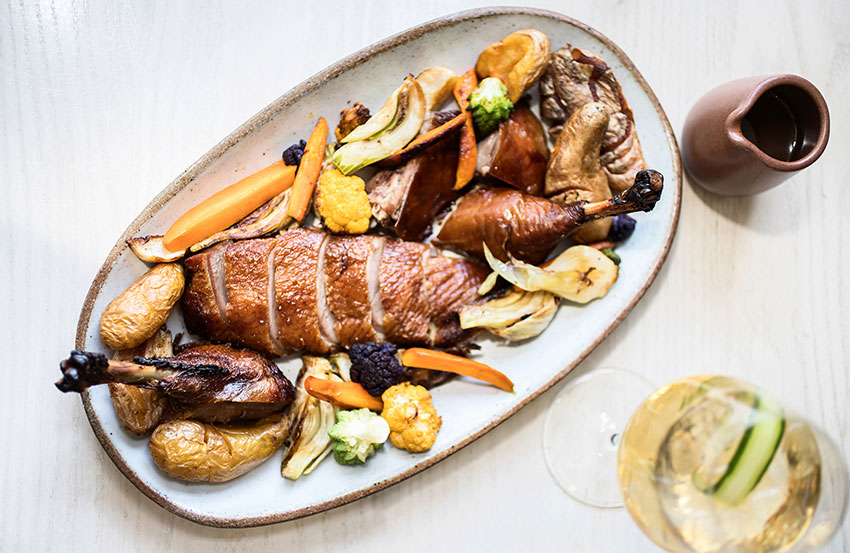 Pushing analysis-inclined Schmidt on the topic of territories, he gave us his preference on the taboo question of SoCal vs NorCal. ‘I loved working with all the fresh seafood down in Southern Cali, but the biodiversity up here in NorCal is so much greater. Pretty much everything we get in the restaurant comes from probably within 100-150 miles. Produce-wise you have so many different microclimates around us like the Central Valley, where I get a lot of stuff in the summertime because they’re hitting triple digits for months on end. The flavors of the melons and the tomatoes and peppers just get so concentrated. And then you have Santa Cruz, the whole peninsula area, where it’s a more mild, temperate climate, and you get great lettuces and all the spring and fall things that are green–from the kales to the peas, to the Brussels sprouts. You can be in the mountains one day, and then you’re on the coast and so many great, natural things in the very close vicinity.

An avid snowboarder and nature person, Chef Schmidt and The Morris Partner/Sommelier Paul Einbund have, via their vast experience in the industry, implemented ideal pairings across several mediums. Looking forward to the holiday season, one of the signature offerings (and a former Covid pivot) is the Morris Roasted Duck which guests get very excited about pre-ordering and taking home for Thanksgiving or Christmas supper; just the kind of enticing option one would dream of from your local (off the chain) bistro. We all should be so lucky.