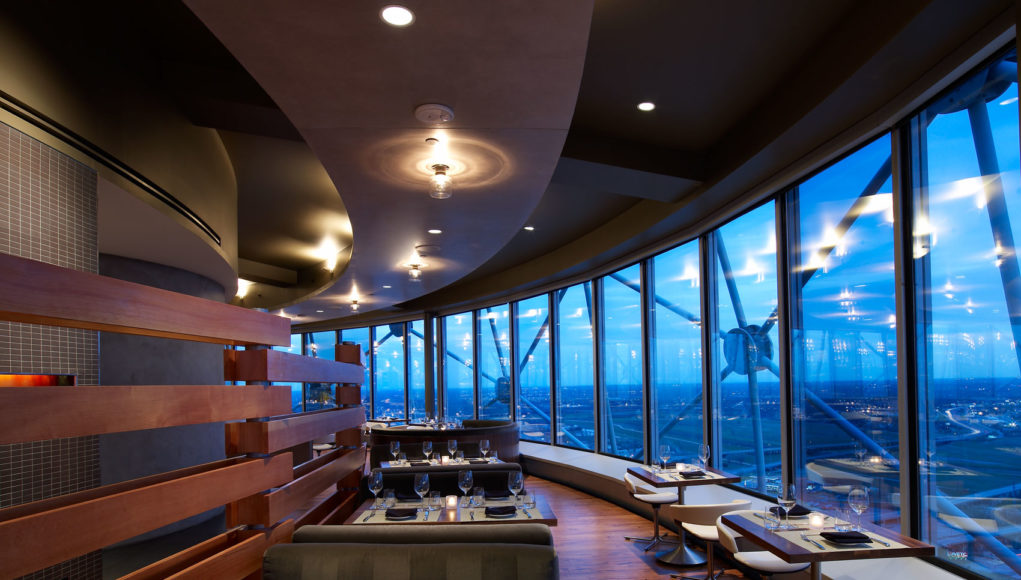 Dallas, arguably the most glamorous and worldly of Texas’ major cities, has also become infused with a generous helping of diversity in the past few decades. Known as a sophisticated, fair-weathered and affordable city to migrate to, the addition of many dynamic cultures to Dallas also provides a positive effect on the city’s ever-growing plethora of top-notch cuisine.

Executive Chef, Jacob Williamson, of Wolfgang Puck’s Five Sixty
Restaurant (Dallas), took time out of his very busy schedule to offer CW Magazine some key flavor points on what makes his Texas city very much in the national gastronomic spotlight, as well as some insight into his
personal journey as a rising Executive Chef.

“There is a huge variety of restaurants to dine at in Dallas – you could go to a different one every night if you wanted to, and never run out of options. We were just voted the #1 food city in America for 2019 by Bon Appétit which is huge. It’s a testament to what restaurateurs are doing here in Dallas. We are getting on the map, and it’s long overdue.”

Why is Five Sixty a great example of a stand out Dallas venue?

“First and foremost, we are in an iconic landmark in Dallas, if not Texas and the United States. We are very thankful to have a restaurant on the top of Reunion Tower with such a great view of Downtown Dallas, one of the
premier skylines in the world in my opinion.”

What do you bring to the table as a chef?

“It’s really important to me to get involved with the community and do what I can to give back. Throughout the year, I participate in community events that benefit local organizations with causes ranging from ending hunger in North Texas, supporting veterans, funding the arts and more. In terms of highlights as a chef, we’ve had a lot of great dinners at Five Sixty, from politicians and celebrities to sports players and local community leaders that I’ve had the opportunity to cook for.”

“I’m lucky to have worked and continue to work with legendary chefs in the industry. At Five Sixty, I have the privilege of collaborating on our menu with Chef Wolfgang Puck and Chef Lee Hefter. Prior to that, I had Stephan Pyles, Jean-George Vongerichten, Charlie Palmer, and Dan Landsberg as mentors.”

“First off, we have great beef. Due to our great weather, we get lots of great produce. Our produce growing seasons last longer than they would in other states that get cold for a good portion of the year.  Being close to the Gulf of Mexico allows us access to great fresh seafood from the Gulf, and its only 4-5 hours away!”

“Our relationship with Chefs’ Warehouse is great. To my knowledge, we were one of the first restaurants they did business with when they came to Texas. My rep, Courtney Heineman, is great to work with and is hospitable and very responsive. They make last-minute accommodations regularly and being an Asian restaurant, they have been very accommodating in sourcing some of the brand-specific Asian ingredients I need for my menu.” 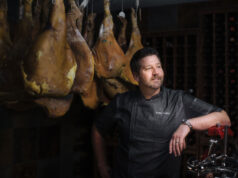 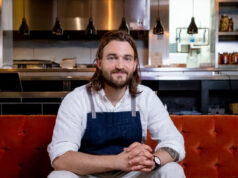