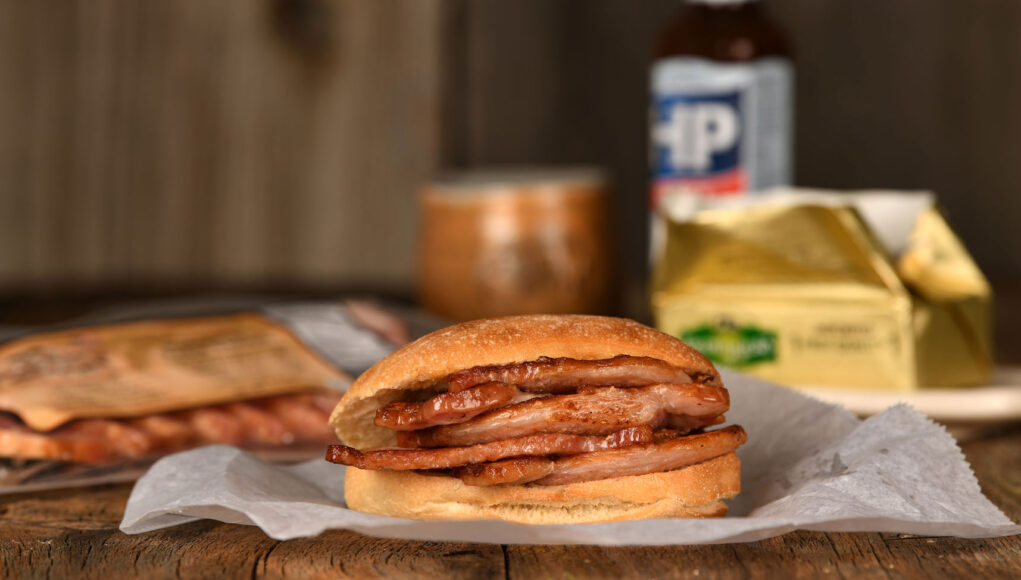 Chef Baker, well known for his 25-year tenure at Montrio Bistro in Monterey, (1995-2019) received his culinary training in his hometown of Bristol U.K. (Brunel Technical College in Bristol, England) and worked in Michelin starred venues (L’Ortolan, Lucknam Park Hotel and Hintlesham Hall,) near London prior to ‘jumping the pond’ to begin his culinary fueled life-adventure in 1994.

Tony shares his inspiration for creating his own bacon: ‘Baker’s Bacon was born out of the pursuit of the perfect bacon. Previously I was buying what I felt was the best bacon available; very expensive and I found it to have added water and made from factory-farmed pigs. The market was just saturated with this mass-produced, watery bacon, and I wanted a high-end product that met my quality expectations. Great bacon should have just the right balance of salt, sugar, and smoke. Eventually, the lightbulbs were flashing! Baker’s Bacon takes me back to my English roots.’

Chef Tony Baker met his Baker’s Bacon purveyor partner Steve Sacks, a smokehouse veteran, at a culinary event in Northern California in 2011. “I was kind of dissing on American bacon to Steve and instead of taking insult to it he said, ‘Come to the smokehouse and show me how you do it.’ I thought that was pretty cool. Steve’s been making bacon for over 50 years.” Baker offered.

Sacks, with over 45 years of smokehouse experience shared: ‘Tony wanted this product based on his favorite British style technique. He wanted it to be dry-cured and wouldn’t even entertain the idea of an injected bacon. Tony also had several different spices he wanted to try. I was responsible for the curing agents to make sure that we’re complying with USDA regulations and making sure the color would be right.’ Sacks, who considers Baker’s Bacon the epitome of his career continues, ‘So we started dividing up all these signatures and ingredients into small batches. We went through countless renditions of bacon, 1000s of pounds. It was a long journey.’

After almost a year of trial and error, the final product of Baker’s Bacon offers a firm dense bacon with a great mouthfeel that bursts with flavor and rich color and offers a balanced, smoky finish. “I remember seeing the first full pallet of bacon go out. It’s really exciting when you’ve got your name on something,” Baker shared.

Baker’s Bacon responsibly sources heritage breed pork that is humanely raised without crates. The pork is fed a 100% vegetarian diet and is free of antibiotics. Baker’s Bacon believes in chef quality, small batches, and produces the most beautiful slabs that chefs have ever seen.

“It takes us about two weeks to make Baker’s Bacon,” Tony shares. “Our bacon spends 11 hours in the smoke. What a lot of people don’t realize is that 98% of all bacon made in the US is wet cured. Wet brining is 20% added water going into the bellies of the pork. When you talk about value for money, chefs don’t want to be paying for added water. With Baker’s Bacon chefs are paying for meat and fat. Good fat. From a healthy well-raised pig and that makes all the difference in the world.” 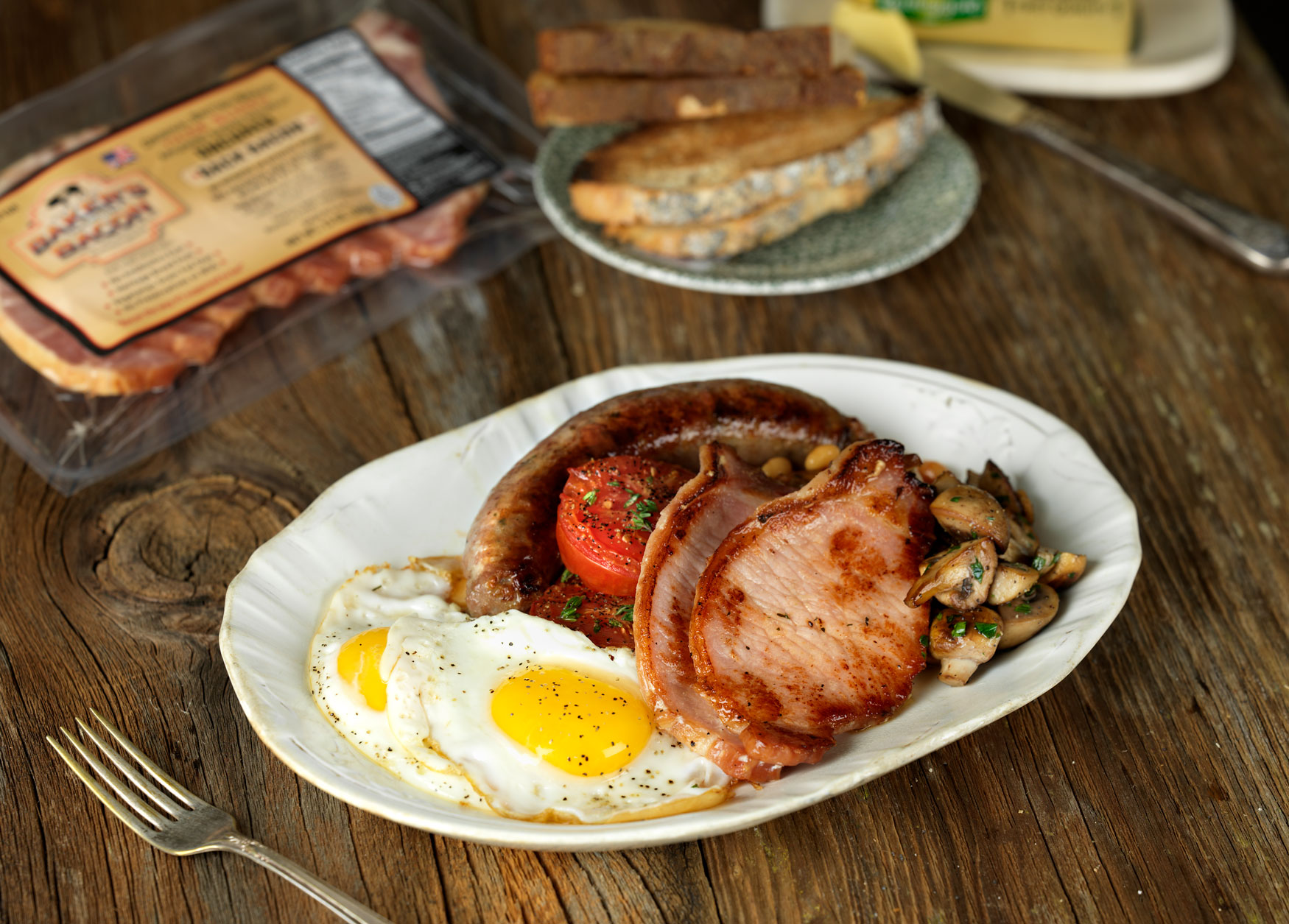 For Baker’s Bacon, The Sous Vide Bacon Is The Star Of Our Lineup

Baker’s Bacon is offered in slab or sliced of dry-cured double-smoked bacon, sous vide bacon and uncured back bacon. Baker’s Bacon products are made in California and smoked using real applewood. The sous vide bacon is slow-cooked at low temperatures to achieve a confit-like texture while retaining all of the flavors and bacon characteristics.

“If chefs were to create this level of slow smoked quality bacon on their own, it would take up to 24 hours, but we’ve done the work, which means labor and time savings, equipment and space savings.” Tony shares.

The entire Baker’s Bacon product line provides a reliable and ready to use value-added solution making it a favorite amongst chefs and restaurants. 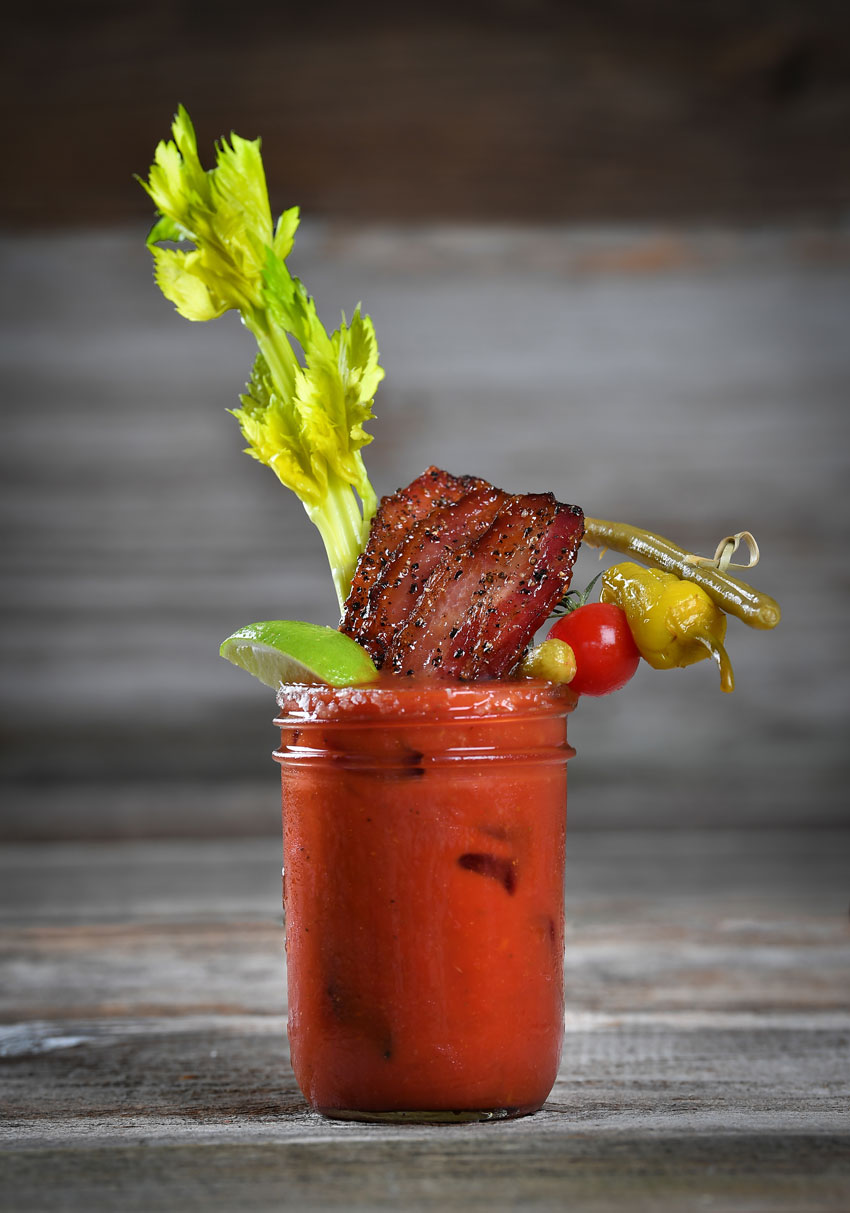 That’s What Friends Are For: Baker’s Bacon and The Chefs’ Warehouse

What started as a fun side project, grew into a full-time business. “ I supplied Baker’s Bacon to myself, but when my friends in the service industry heard about it, they wanted to use Baker’s Bacon on their menus too.  Chef’s Warehouse got wind of it and one of the reps said,  ‘Yea I’ll sell your product.’ We ended up meeting one of the execs from CW and that was it. She loved the product and was like, ‘Alright, we’re going to run with this.’ Then we had to learn how to make lots of bacon!” Tony concludes.  And the rest is history.

The Baker’s Bacon Van Roadshow
Bacon the way it’s supposed to be. 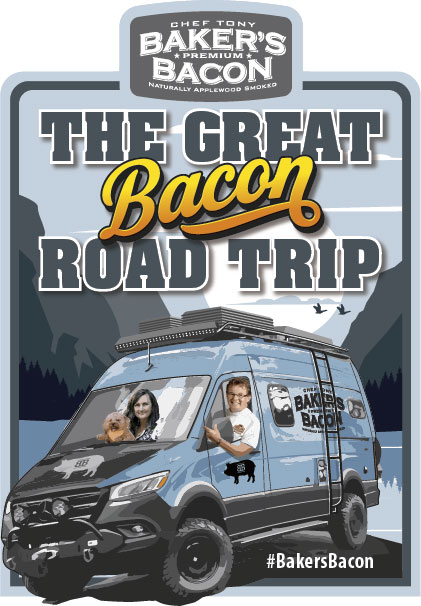 Through the rest of the year (2021), Tony, his wife Tara, and dog Porky are on the road visiting as many restaraunts and sales reps as they can.

The Baker’s Bacon van is not just a home for Tara and Tony, but also Baker’s Bacon headquarters for the next few months. Complete with a capacity to store hundreds
of pounds of bacon samples and the ability to cook them, this van has it all.

Inquire to your CW Rep. for details!