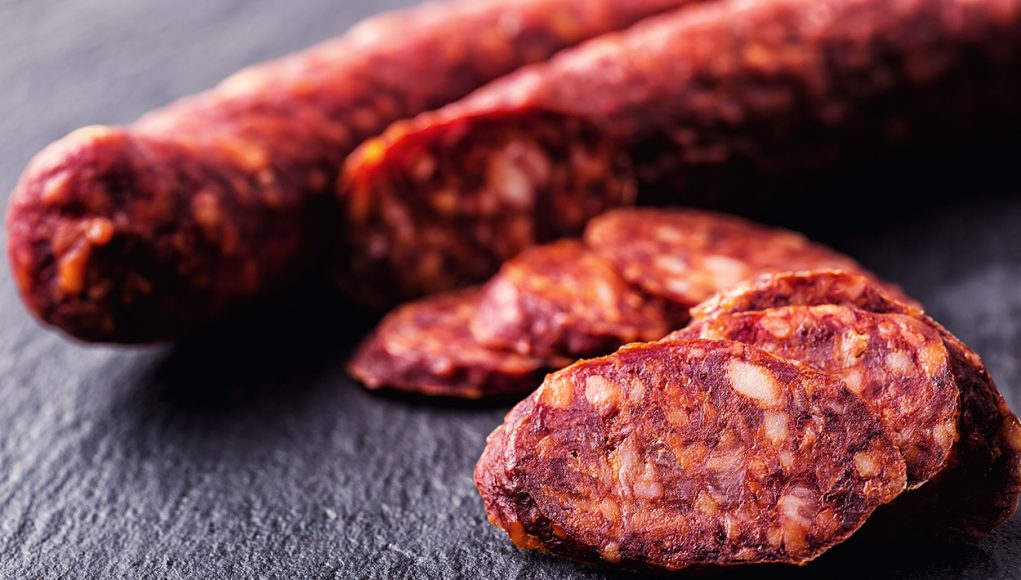 Aurelia’s Artisan Spanish Air Dried Chorizo, owned and operated by Leslie Horne, and procured in enigmatic Austin, Texas, is a business based on a remembered taste. The tongue and the brain have an almost magical ability to store special tastes we experience throughout our lives.

For most people, these taste-memories come from childhood, something our mothers or grandmothers cooked for us. Leslie Horne’s most poignant flavor memory happens to be her first taste of real Spanish chorizo.

After returning from a visit to my relatives in the far Northern Region of Asturias Spain (known for the quality of its smoked meats) with a can of handmade chorizo, I communicated to Leslie that the chorizo was made from a secret family recipe, handed down for generations. Though eager to try them, she had no idea that this tiny tin of brick-red sausages packed in orange-streaked pork lard was a family treasure, or that her love of them would come to seal her fate.

That first bite burned into Leslie’s memory, the flavors unlike anything she had ever tasted: tart on the palate, with nuances of wood-grilled meat, a sensuous bite of smoked paprika, and finally, the subtle, back-of-the-tongue, chestnut sweetness.

Inspired, Leslie began to research the history and process of making Spanish chorizo—an air-cured, dry sausage, unlike the fresh chorizo produced in Mexico. After sourcing the essential ingredients required, smoked paprika and chestnut, and replacing the traditional hickory used for smoking, she soon began to produce 80-pound batches of chorizo in her home kitchen.