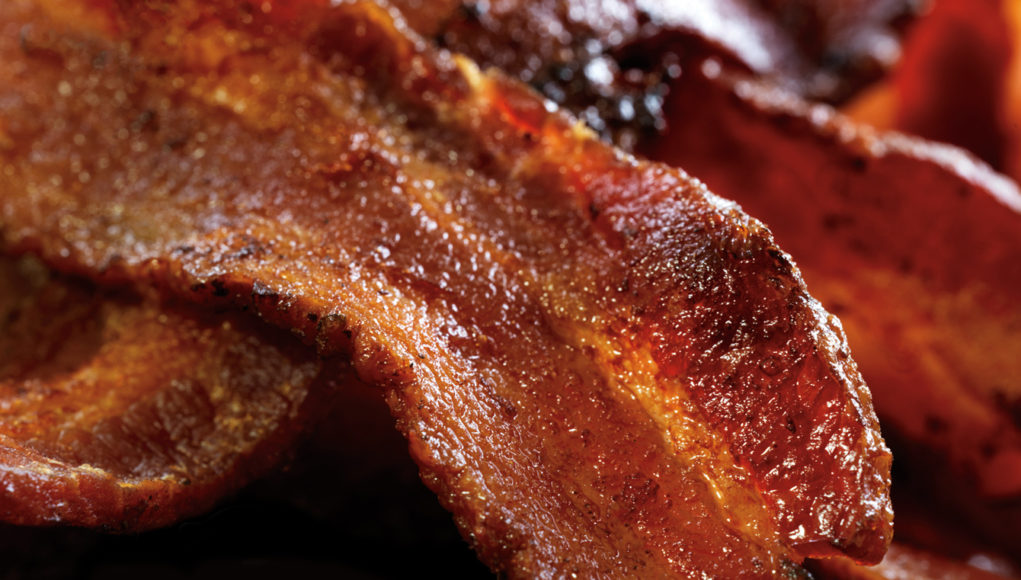 To hear Tony Baker tell it, the pork industry is notoriously secretive. “Well, it’s not so much that it’s secretive…it’s going through a difficult time,” he corrects. For factory farm pork the environment is challenging, led by the African influenza that’s killing a lot of animals. But despite the industry’s issues,
Baker’s Bacon is booming.

Tony Baker’s business has been bacon since 2012. He’s the rare producer that understands the needs of the kitchen, because he is an Executive Chef and actively uses the product he develops and promotes. His passion was born in Bristol, England, his Michelin-starred pedigree brought him to Monterey, and with the support of CW’s Jenn Sussman, he’s grown his local, responsibly-sourced product into a national attention-maker.

“The quality of raw ingredients sets the stage for what is to come from Baker’s Bacon.

The double smoke time produces an aroma that entices customers – and ensures that they’ll be back. Baker’s attention to quality and technique maintains tenderness,
and gives the meat a subtle sweet flavor.

If bacon makes everything better, this makes bacon better.”

Jennifer Sussman
Director of Cheese and Charcuterie
The Chefs’ Warehouse 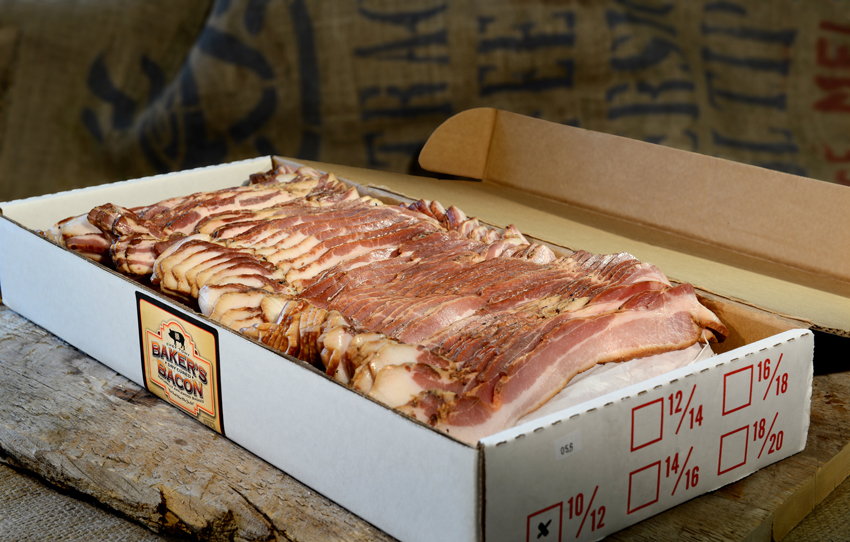 Here are Tony’s Top Three Rules to the Ultimate Pork:

One: Start with the Best Pork.

For Tony, the best pork is a happy, responsibly-sourced pork, humanely raised, free of the crating that’s now ubiquitous to the factory farm. Baker’s pork-source is a small developed network of family farms that raise heritage breeds, and where antibiotics are never used.

Trying to save pennies on a commodity pork? Be careful. Tony says, “That commodity is filled with a brine of water and nitrates which gets pumped into the hog bellies.
20% of that water goes up through the roof through steam.
Beyond that, most commercial bacon is steamed with atomized liquid smoke. We do the opposite,” he adds. “We’re literally taking salt, nitrates. A dry cured, slow process… and we’re naturally smoking. We burn wood. We’re using applewood chips and maplewood.”

Baker’s Bacon has got chew and mouthfeel. It’s a green, better tasting product. Plus, slice-for-slice, it’s a better value.

For Tony, there’s a lot of bacon-buzzword hitting the market, but, “They talk the talk, but don’t walk the walk,” he says of the bacon competitors. He adds, “With Baker’s Bacon you can do both. It’s the real deal.”

So, why choose Baker’s Bacon? Tony’s got the answer: “We make one amazing bacon. When you look up ‘bacon’ in the dictionary, it’s Baker’s Bacon. It’s bacon the way it’s supposed to be: Spectacular.” 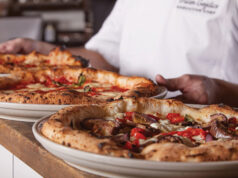 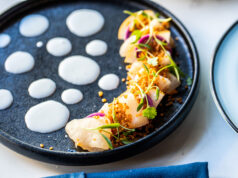