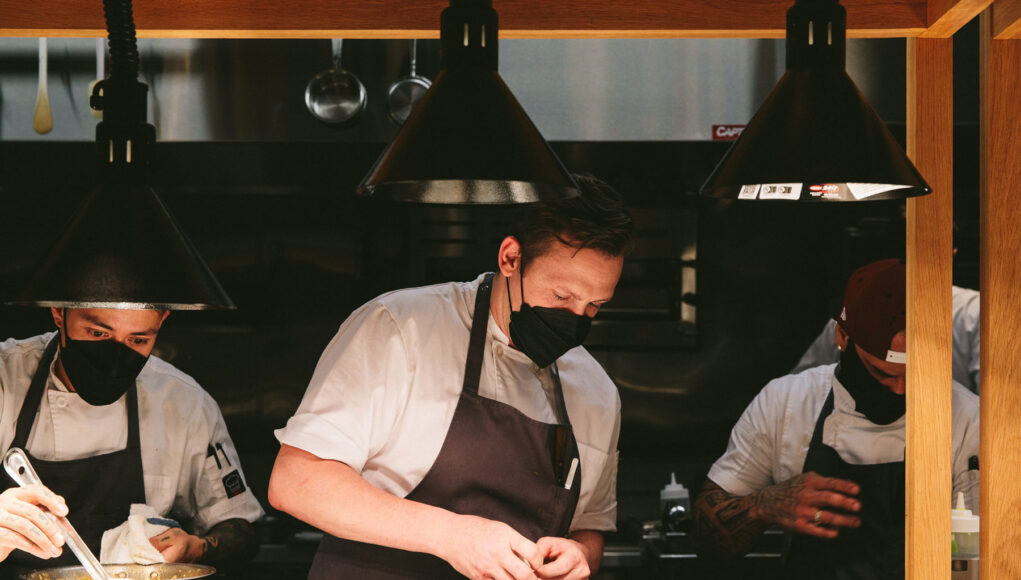 The beat goes on at Grandmaster Recorders, nestled in the heart of Hollywood with Chef Blake Shailes’ eclectic menu celebrating Italian cuisine with a modern Australian influence. 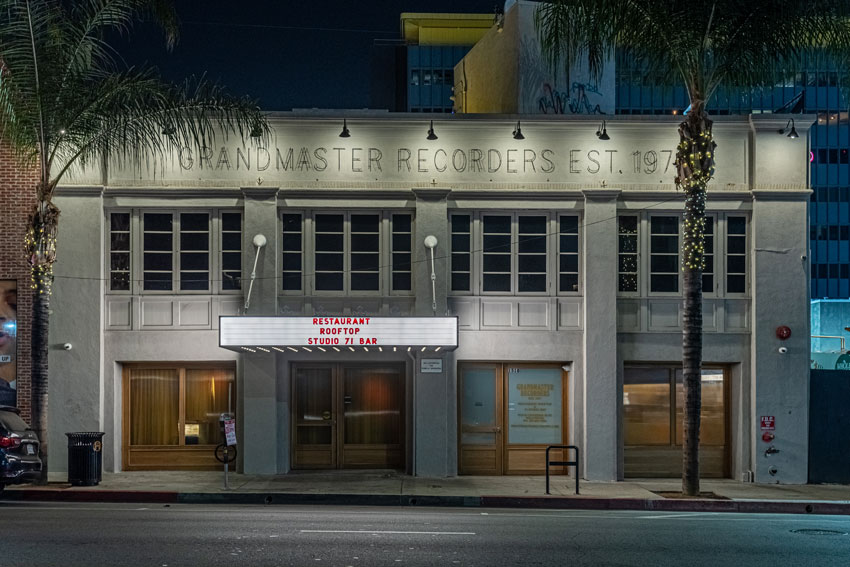 Originally a silent movie theatre built in the 1930s, the venue was converted to Grandmaster Recorders by legendary producer and musician Alan Dickinson in the 1970s. Known for being a recording industry hot spot for the biggest names in music, G.R. resonates with the greats who have recorded there, including David Bowie, Stevie Wonder, Blondie, Kanye West, Foo Fighters, Beck, The Red Hot Chili Peppers, and many more.

Chef Shailes, who grew up on a farm in Prudhoe Bay, Australia, remembers wanting to be a cook from boyhood and feels naturally in tune with Grandmaster Recorders’ music-making philosophy that ‘rules are made to be broken’, which is exemplified in his stunning, innovative menu.

CW Magazine caught up with globe-trotting Chef Shailes for what resulted in a high-stimulus conversation loaded with flavor (and a bit of controversy.)

‘Whimsey and irreverence’ are words used to describe your menu at Grand Master Recorders. What are some of your chief inspirations?

‘I’m from Australia originally, so we look through an Australian lens growing up with many Italian immigrants around us. I started with cooking in my hometown in Prudhoe Bay, worked in Brisbane for a few years, and then moved to Sydney, where I worked with Monty Koludrovic at Copycat Restaurant and Bar. Monty is the original person that brought me to Grandmaster Recorders. However, between Grandmaster Recorders and Copycat, I moved to Singapore and worked at Marina Bay Sands Resort for five years. After that I wanted a totally different experience so I bought a sailboat and lived in Malaysia for five years with my best friend.’

Please share how living on a sailboat in Malaysia helped to form who you are as a person and a chef.

That time of my life is very vivid for me. One of the biggest experiences that affected me was being present in one of the most shocking corruption cases in history when the Malaysian Prime Minister stole the equivalent of a billion dollars from his country. (Putrajaya, Malaysia (AP) – In 2015, Malaysian ex-Prime Minister Najib Razak was subsequently charged and convicted by the High Court on abuse of power, money laundering, and criminal breach of trust, becoming the first Prime Minister of Malaysia to be convicted of corruption and was sentenced to 12 years imprisonment and fined RM210 million.) I watched it all happen. It was mind-blowing. It was also really interesting watching an election going on when there are loads of people protesting and a police van shows up igniting this Olympic battle. Then all these mystery votes come in, and Razak is back in power when it looked like he was gonna lose the election. 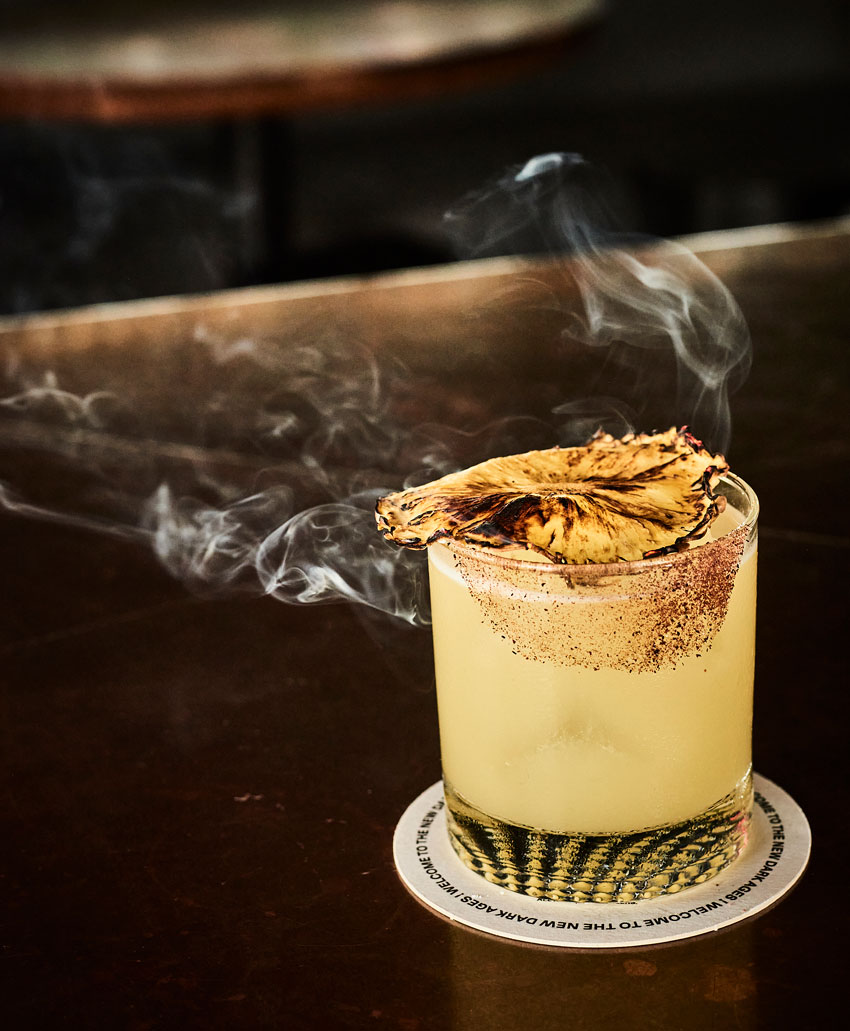 How have your expansive and exotic living experiences impacted you as a chef?

One of the key through-lines of our menu that I brought with me from my experiences in Asia is our original XO Sauce. (Developed in the 1980s in Hong Kong for
Cantonese cuisine, XO sauce is made of roughly-chopped dried seafood, including dried scallops (conpoy) fish and shrimp, which are cooked with chili peppers, onions, and garlic.)

After spending five years in Singapore and Malaysia, I hold XO close to my heart. It’s one of the first things I developed in the restaurant over a year and a half ago. XO is typically something the Chinese will have with vegetables or with kanji. It’s a luxury dressing that is considered very royal, a kind of Emperor food in many ways.  Our special XO at Grandmaster Recorders is made of shallots, fried garlic, dried chilies, dried shrimp, dried scallops, and Chinese sausage. We season with a lot of lemons, lemon oil, and lemon zest. XO is fundamentally a classic immigration story of working with what we know and crossing over with Italian food and exemplifies what we do.

I’m also really proud of our Caviar Cannoli. It’s a really fun love story. Your favorite little bite and really luxurious. Not being cheesy or using this word of fusion, but one of our strong points is incorporating ingredients from around the world for the right reasons. Like our buffalo burrata with truffle honey, and crunchy chili is also a staple on the menu right now. The sweet and spicy umami of the honey and chili with lots of fried garlic throughout is just typically delicious. Every component is well executed, and then we compose things in the final stages to be quite contemporary.

With A-list guests like Rhianna, Robert Pattinson, and the cast of Euphoria regularly dining at Grandmaster Recorders, your venue is fast becoming the new iconic staple in Hollywood. What is this experience like for you as a chef?

There’s something magical about this space. There’s a feeling of being in a special environment, especially the studio space. You get chills every time. I’ve built my entire career up to this point to be at the helm of a restaurant like this. 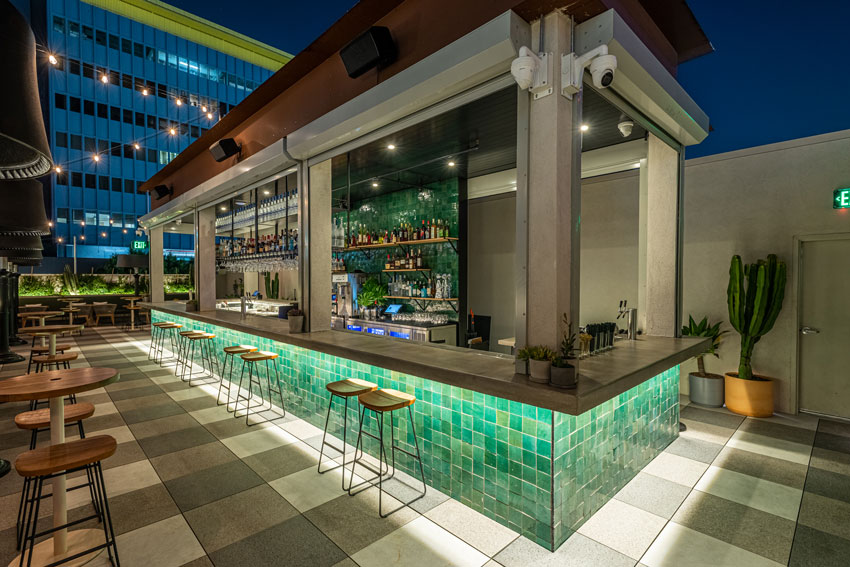 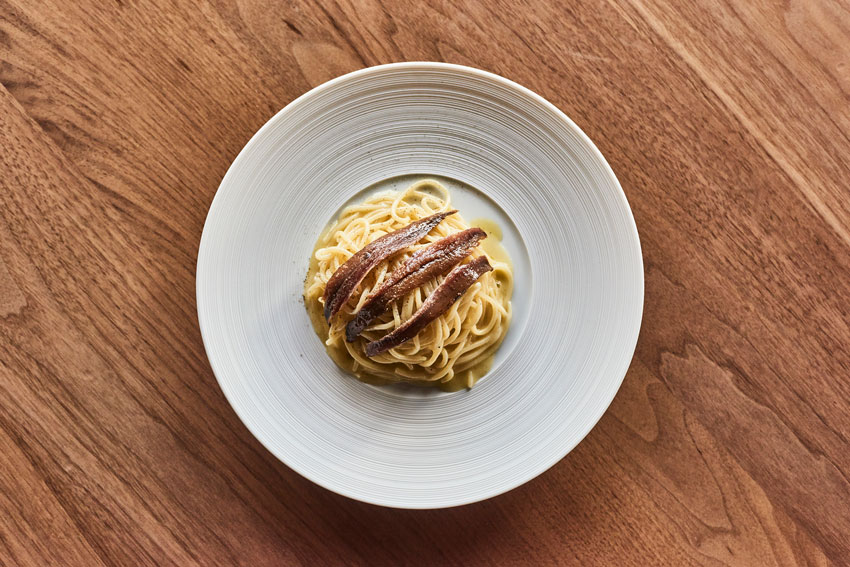 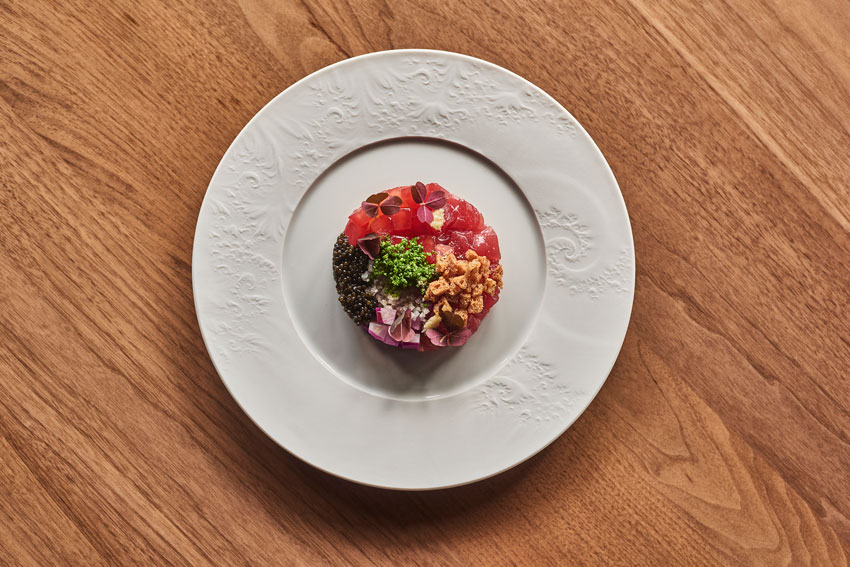 I’ve never been a massive groupie, but I do respect artists deeply. I understand the craft and how long it takes to refine the intricacies of what they do and what it takes to get to a level of ultimate success.

A definite highlight was having David Grohl of the Foo Fighters celebrate his daughter’s birthday here a few weeks back. That was definitely pretty cool. He was just a nice guy who wanted to talk about the food.

It was also funny when Shania Twain called the restaurant and wanted to hang out in the studio for a few hours at 4 pm on a Sunday. She just cruised around the studio space and hung out by herself. So many artists have a big history here.

We’re constantly working on moving forward. I never want to stand still.  One of my favorite quotes is, ‘You have to change to stay the same.’  It’s about building out that kind of progression.

What does the winter/holiday season mean to you?

The holidays have always been special to me. Growing up with a big family, the holidays are a time of giving, not taking; about creating a big feast and taking care of others. I think that’s also what I love about the industry, watching people smile and have a great time. Whenever I go back home to Australia for a holiday I always put on the biggest song and dance. The last time I was back I made a big lunch for 100 friends and family with a whole brisket cooked over a fire pit and loads of great farmer’s market ingredients. My mom really loves it. I’m the family’s black sheep, so she is especially proud when I come home and make a massive feast for everyone.

Grafton: It Takes A Village