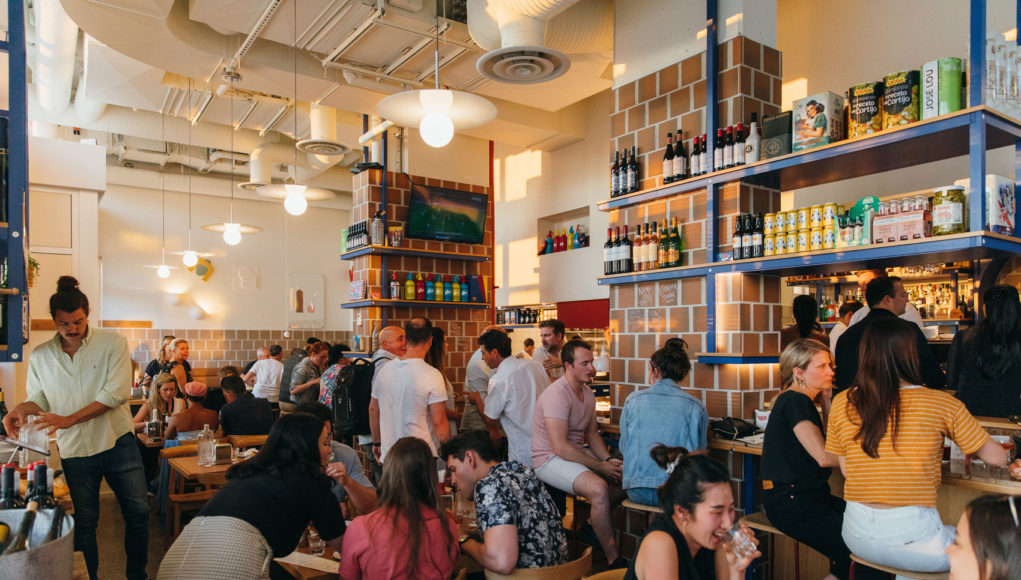 STEP INTO ¿CÓMO? TAPERIA, a Vancouver tapas joint celebrating being named Canada’s #2 Restaurant along with its one-year anniversary in Vancouver’s revitalized Mount Pleasant neighborhood, and you’ll experience a vibe part lively-Madrid, vibrant-Barcelona, and electric-NYC. It’s loud, in your face. Even obnoxious. But most of all, it’s approachable. And fun. At its center is quality cuisine orchestrated by Chef/Owner Justin Witcher.

A protege of Jamie Oliver and 2-Michelin star Chef Lee Parsons, Justin’s education was a journey taking him from culinary

school in Vancouver to cruise lines where he learned to work hard and to perfect his skills, to BMW rollouts and fashion weeks

where he learned lessons of exposure and responsibility. His education reads equally as a travelogue as he charted a course through Melbourne, Perth, Bangkok, and Sydney.

Justin always wanted to be successful, and in surveying the Vancouver culinary season in preparation for his latest venture, knew fine dining wasn’t the way forward. For Witcher, food is a speech of love, regardless if it’s a tortilla or a fine dining piece of duck. And as evidenced by Como Taperia’s varied menu highlighting sterling ingredients, he’s digging in as far as quality goes.

From the charred octopus with white bean and salsa verde to the Moorish lamb meatball with cumin yogurt, and the Andalusian eggplant, crisp with a spiced honey and rosemary, he provides playful and modern west coast twists.

So why tapas, and why Spain? Chef Justin spotted a need and a rare Canadian opening.

“Vancouver was gagging for a spot like this. It’s different than anything else,” he states. And his process? Two and half years of research and travel.

“The playfulness [of Spain] was unreal,” he says, citing the inspiration found in the crafted plates of such renowned chefs as Ferran and Albert Adria of El Bulli fame. “Seeing what they’re creating and how progressive the foods are,” he continues.

“But we also had a direction we wanted to go, and so we had to stay focused. It was about coming back to the mom and pop. Not super fussed. Not super fancy. And in Spain, I learned you don’t need to dress it all up. It was cool to see the balance between the two.”

Vancouver is no stranger to progressive menus. The city is doing Pacific Northwest cuisine with farm-to-table tastes, and the region demands it.

Chef Justin is unwilling to cut corners so every ingredient is local unless it’s better or only available from Spain. This means locally sourced honey, and artisan Spanish olive oils, spices, olives, jamon and charcuterie.

It also means The Chefs’ Warehouse’s FAO Octopus. Chef Justin states, “I tried a bunch of others and similar kinds, they just don’t compare. The FAO product is a beautiful, stunning product. I’ve tried 5-6 types of octopus. It’s hands down the best.”

And when it comes to the take away, Justin returns to the core of nostalgia present even in his venture’s name: Como – which translates to, “What – come again?’, admitting his venture is just a year old. “We want to keep Vancouver happy,” he states. “We want people to be asking questions. We want them to have a Spanish experience. But a new experience.” And one that inevitably will have Vancouverites returning again and again.

Taste-Memories of Spain from the Heart of Central Texas