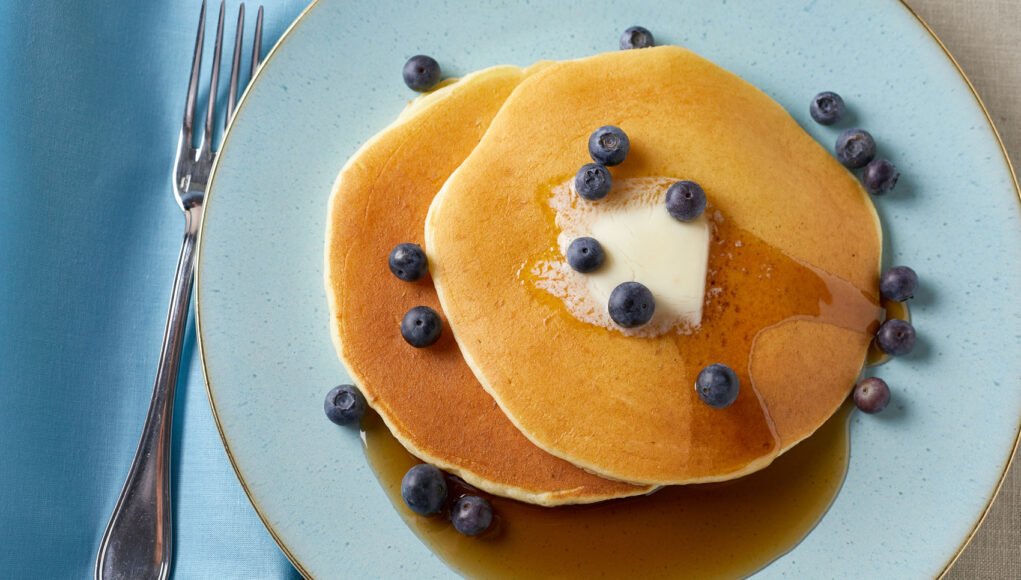 The philosophy of the Thomas Keller Group is no matter what level of excellence one achieves, you can always strive for better. This couldn’t be more apparent than in TKRG’s award-winning restaurants The French Laundry, Bouchon Bistro, and Ad Hoc (Yountville, CA), and Per Se in N.Y.C., to name a few.

Chef Thomas Keller Group’s Cup4Cup gluten-free 1:1 Multipurpose Flour, created by the chefs of The French Laundry has been forging the path for the highest level of gluten-free preparations since its inception in 2010.

Currently carrying the Cup4Cup torch of continued excellence is Head of Research and Development and TKRG, 23-year veteran Devin Knell. After coming up as a young chef at The French Laundry, directly under Chef Keller himself, Knell is no stranger to relentlessly pushing for perfection. 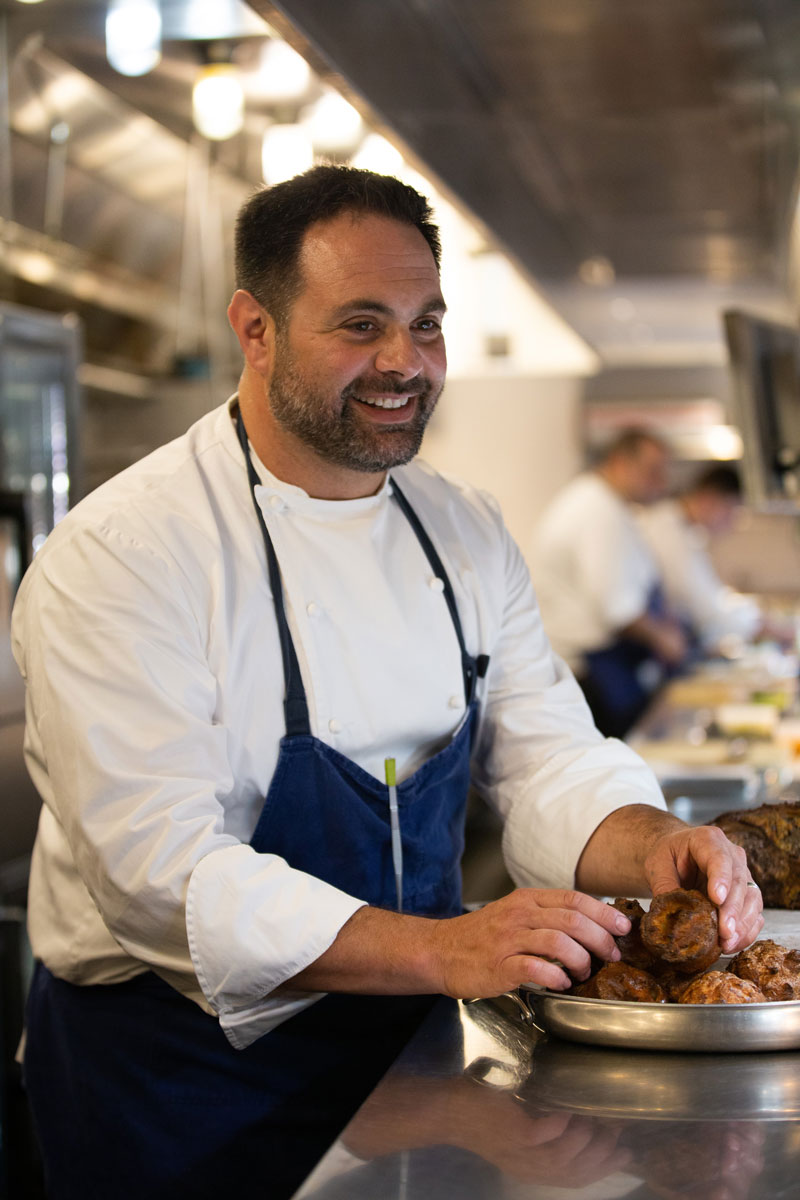 An acclaimed chef in his own right, Knell speaks with a romantic nostalgia for the hard-core kitchen days of yore and being a part of the tremendous French Laundry. Knell comments, ‘When things became very intense in a tumultuous way, it was actually also extremely fun. It’s an interesting
balance, whether you’re a culinary team, a sports team, or you’re in the tech field. The pressure is going to be “on” and the people who thrive in that high-pressure environment are the ones that are going to excel.’

With raw, kitchen culture a hot trend in TV and film these days, (such as The Bear, on Hulu) audiences seem hungry for the grit and underbelly of high-bar, high-pressure kitchens. Knell shares, ‘I know this theme has become really popular and I think a lot of it is unfair. Chef Keller himself is a person who walks the talk. It’s a lot easier to respect somebody, especially when they’re very demanding, that is doing it himself. The example that he sets shows great leadership.’ 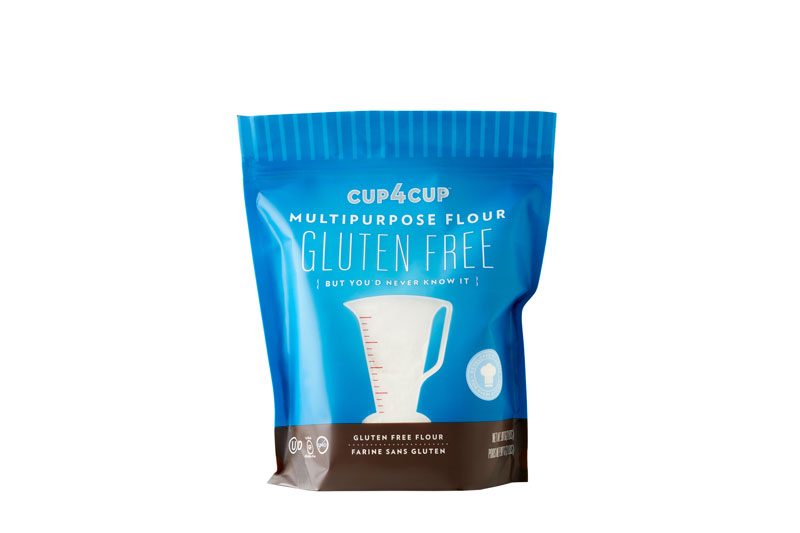 Opting to remain with the same chef and restaurant group, albeit one of the world’s best, for going on three decades, denotes a level of personal and career satisfaction. Knell shared, ‘I’ve always felt like I’m supported in our constant quest to improve. With that, I’m allowed to improve and develop personally as well. So it’s been a synergistic approach to just doing better and better. Through that journey, I feel very fortunate to have been provided with many opportunities to travel and meet interesting people, and do interesting projects. It’s a very demanding place to work but at the same time, the rewards are great and I feel like a lot of personal advancement and development through this.’

Cup4Cup, Dough In The Dough

In a category that has become saturated in the past decade, mostly by subpar copycats, award-winning, industry leader, Cup4Cup, benefits greatly from the continued R&D of Head of Research and Development Devin Knell, and the TKRG R&D team that came before. Along with perfecting the brand, the guidance and inspiration Knell and his team provide chefs and pastry chefs in terms of Cup4Cup application, and the ongoing evolution of gluten-free in professional kitchens, is unparalleled. Knell’s key objective is to continue to modernize Cup4Cup by refining pre-existing recipes and creating new and innovative ideas and recipes for the product.

High on the Cup4Cup priority list of inspiring and supporting chefs is educating them on how to stretch recipes to go a further to save on time and labor. Knell offers, ‘There are some aspects of gluten-free that perform extremely well, if not better than the traditional wheat flour formulations. This alleviates the burden on the kitchen to prepare
alternative options. If you can prepare a batter or preparation that is gluten-free then you only have to prepare one instead of two, it’s a win-win.’ Knell expounds, ‘Like with frying batters for instance. Also, pie crusts hold up really well with Cup4Cup.’ Knell adds. ‘Short doughs are ideal as well. When there’s usually a higher proportion of fat and a lower proportion of water or hydration, gluten-free can be key. Like with pancake batter, Cup4Cup makes an amazing pancake. These are low-hanging fruit recipes for chefs.’

When asked the best way for chefs to discover how Cup4Cup can be an asset to their own kitchens, Knell offers, ‘I suggest chefs develop their recipes, beginning with their traditional recipe and then try pilot batches, small pilot batches with Cup4Cup. Play with hydration levels and familiarize themselves with it. Analyze areas where you can use Cup4Cup as a way to cut corners. If you can make an amazing shortbread with Cup4Cup why would you make it with wheat flour? It’s a great place to begin analyzing within your repertoire.

To implement Cup4Cup in Fall recipe applications, Knell shares, ‘Pie crust works great of course, with all the apples and pumpkins coming in. Quick breads, like a Persimmon Pudding, are certainly great on a Fall dessert menu.’ He continues enthusiastically. ‘One thing we’ve added to our recipe repertoire is pâte à choux with Cup4Cup which creates an amazing dough. This is doubly great because there are so many applications and variations to utilize pâte à choux dough. You can make gnocchi Parisienne (French gnocchi) which is incredible. For the holiday season, gougères with Gruyère are really great with champagne. Éclairs and profiteroles from your pâte à choux come out perfect as well. When you can get several applications out of one dough, you’re economizing on one single preparation. From a professional application, this is a great opportunity.’ 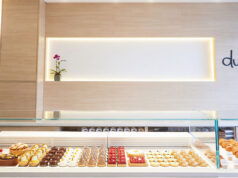 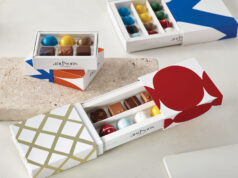 The Keystones of an Icon