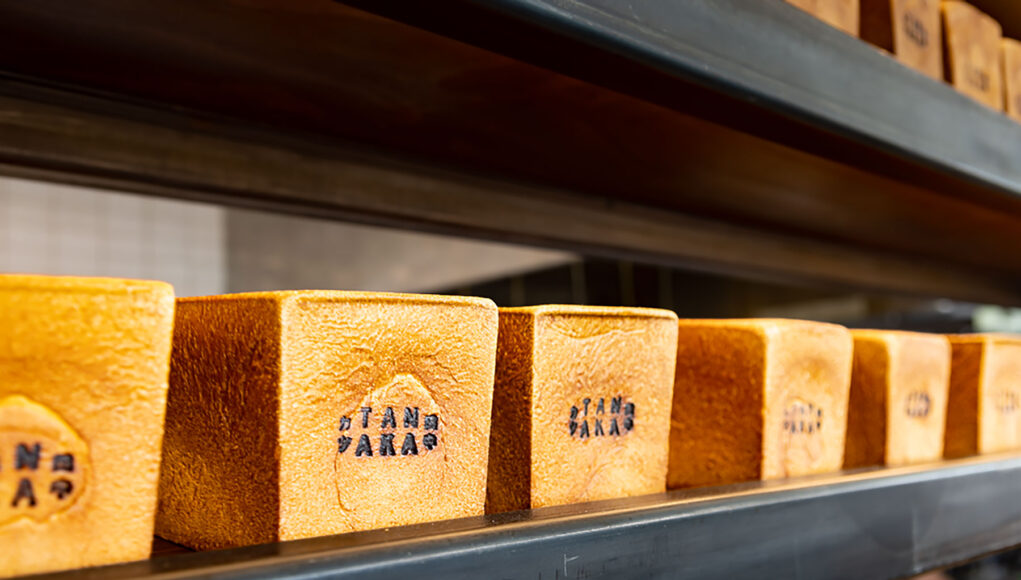 Portland has long been a rich incubator for new culinary ideas and trends. Tanaka,
a flourishing Japanese comfort food concept by brainchild, CEO, and impresario Taichi Ishizuki, focuses on Japanese milk bread and Osaka-inspired “katsu sandos” – Japanese sandwiches filled with deep-fried pork, chicken, Oregon rockfish, wagyu filet mignon, eggplant, and more – a foodie sandwich trend that’s fueling a flurry of Instagram and TikTok posts and taking the USA by storm. Housed in a 5,500-square-foot bakery and restaurant in downtown Portland, and brought together by a team that has previously collaborated on AFURI, a successful Portland ramen concept born in 2016, Tanaka’s curated menu marries the contemporary tastes of Portland with the traditional flavors of Japan. 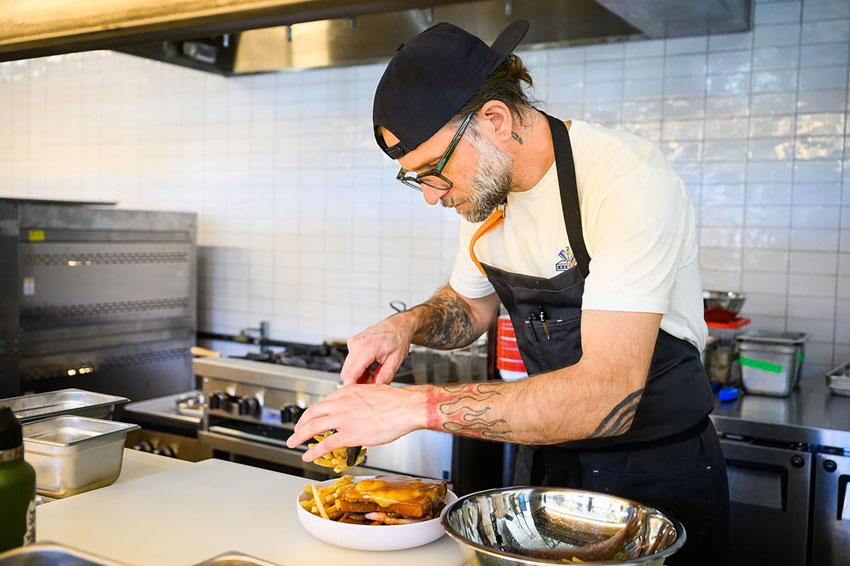 How do you define the “katsu” trend and how are you embracing it?

TAICHI Each country has different kinds of breaded cutlets done in different ways. The Italians have Milanese, which is breaded parmesan; not deep-fried, but pan-fried. The Portuguese, Spanish; and not just across Europe, but globally, you can find these cutlets – loins, filets – maybe they adopt a different formula or type. We’re offering these cuts in a very classic Japanese way.

This is still new to the new food cultures in the states. But especially in Portland, it’s easier to introduce new food culture; Portland’s people are a lot more eager to discover new things. Along with katsu comes katsu sauce, which is basically Japanese barbecue sauce. Ours has apples, peaches, onions, carrots, and dates laid together with soy. A kind of sweet and savory that fits well to the palate.

RYAN We brought over a mother sauce from Japan, and wanted to introduce this style of food and way of eating to America; it’s a high, elevated sort of fast food.  Portland’s an ever-evolving food scene that’s kind of like a roller coaster, you know, it’s up, up, up, up, up, and then down, down, down, and down. 30 restaurants will open up in a month, and then, 60 more will close down. And so it’s a tough restaurant scene because there is so much competition, and for us, this challenge means doing menu changes quarterly. Staying on top of our game is really, really important for us to ever be evolving.

We try to go higher and higher with each menu change that we do, we never go backward. We try to stay ahead of trends. I’m lucky enough to have some of the most amazing team below me that really does make my job a whole lot easier. I’ve worked in plenty of restaurants and other cities where that can really make or break you, so we’re lucky to have a team within the Afuri family and the new Tanaka family to really help us keep ahead of the curve and just keep growing and making things better day by day. We’re always looking at our mistakes and trying to figure out what we can do better. And we have a genius CEO, which definitely helps things, as well. Without his guidance, a lot of us would probably be a little bit lost, but he’s very good at what he does, and he keeps us on our toes. We’re thankful for that. 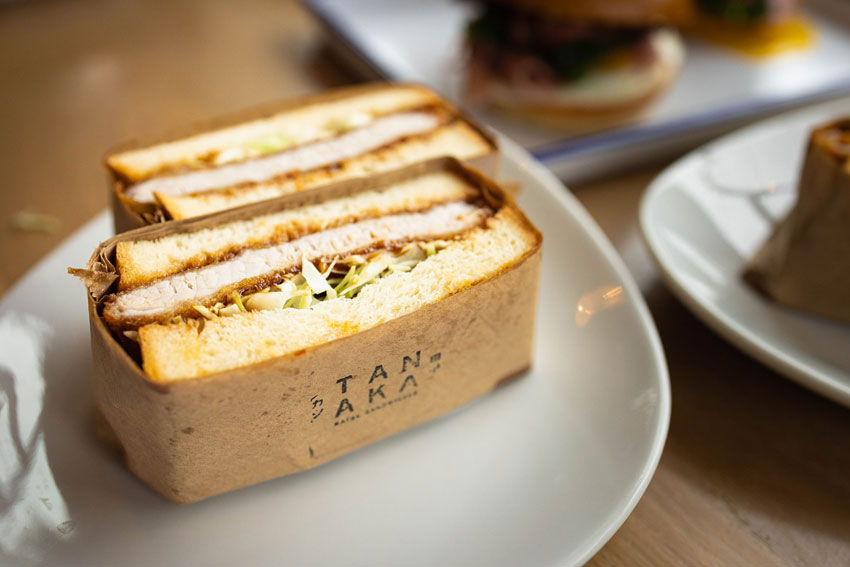 So Chef, can you talk about your role and what you bring to the concept?

PATRICK I’ve been with Tanaka for a few years now and hopped on the team somewhere in the ideological forming process. It was a really fun thing, hearing goals and ideas; hearing what everybody was excited about…
it made me also want to jump on.

As far as the day-to-day here, I’m here with the whole crew, we have multiple sides of this restaurant. We’re cutting sandwiches on one side and have the bakery on the other. Our menu is really a collaborative effort. We all get together; we all throw it down. Everybody’s ideas, we kind of just do what works.

We’re actually changing the menu here pretty soon with a November launch of our Fall and Winter menu. We’re going seasonal on quite a few things, starting with our dessert program, (which includes dessert milk bread sandwiches stuffed with cream and seasonal fruit, miso-chocolate croissants, and mochi doughnuts.) A lot of our sides will switch into more seasonal vegetables, as well; winter squashes, cauliflower, and Brussels sprouts will be back on the menu to complement our Sandos (sandwiches), as well as soups now that we’re getting into that cold season.

And Jesse, as Head Baker, I imagine your role here is crucial.

JESSE (He laughs). The foundation for any sandwich is the bread, and the foundation for a Katsu Sando is Japanese milk bread. The quintessential issue (in building the concept) was that there was no solid Japanese milk bread (a ubiquitous type of light, fluffy bread that’s eaten daily in Japan) product in town. So I was tasked with that. And that is pretty much the fundamental of a good sandwich is having solid bread. So that’s where I first and foremost fit in. And then since we decided that that is the path we wanted to choose, to make fresh bread in-house daily, you’re gonna have to have a bakery for that. So why not add other bakery items, croissants, pastries…or
solid-state dishes and even cold case pastry, stuff like that. So that’s kind of where the whole thing began and we kind of evolved from there. 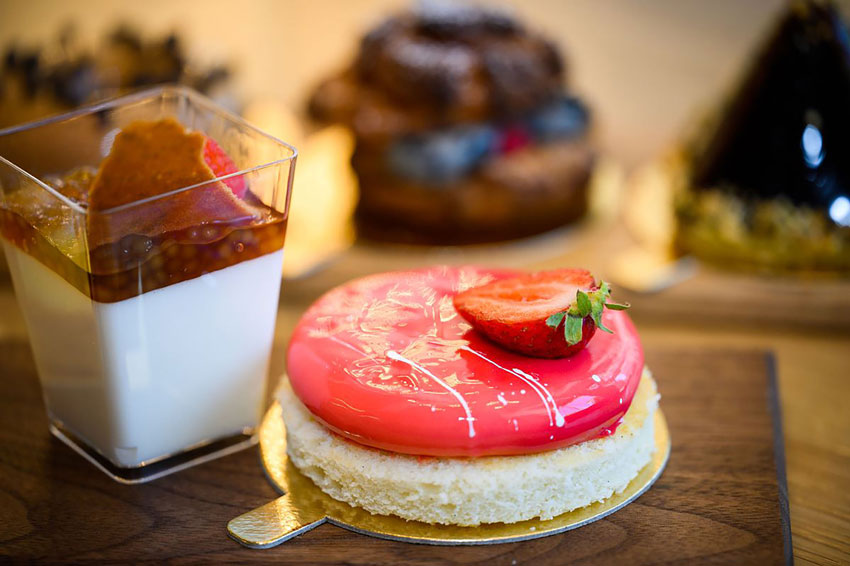 How does CW support what you do?

If it weren’t for Chefs’ Warehouse, we wouldn’t have flour. That’s kind of important for what we do. They’ve been great partners throughout this process, with their (thorough) understanding of fine ingredients and restaurants…It’s been a partnership that’s going to go on for a while and because of that, we’re grateful, for sure.

Taichi, this is your vision. What’s next?

TAICHI Fifty stores, five years. We’re looking for partners to share this new culture in any way in the States, so for us, we always think bigger, and we update quickly to find  a way…I think this is what we are good at. And that’s kind of the expertise of what we do; since day one we never actually stop. I believe there is a way. I believe we will get there. Through trial and error until we find the answers.  So always, everything becomes possible. That’s who we are. 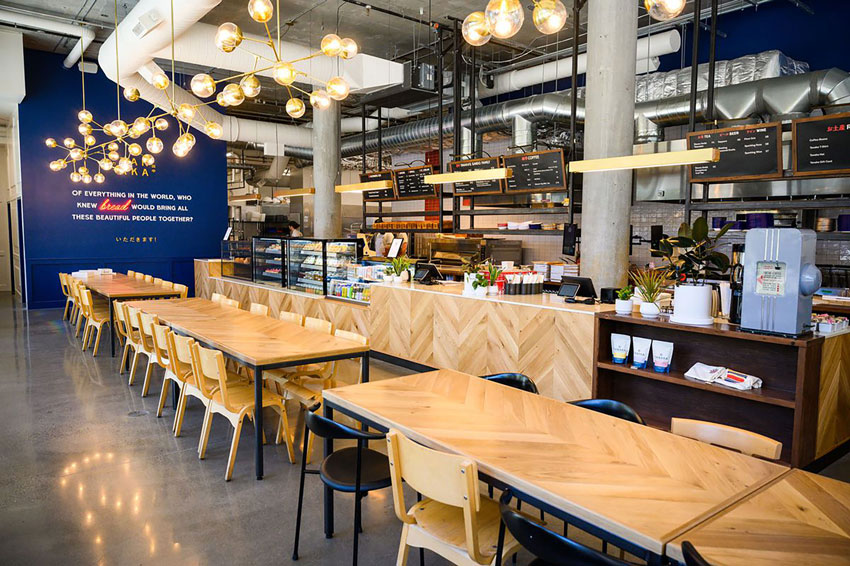 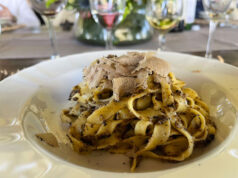