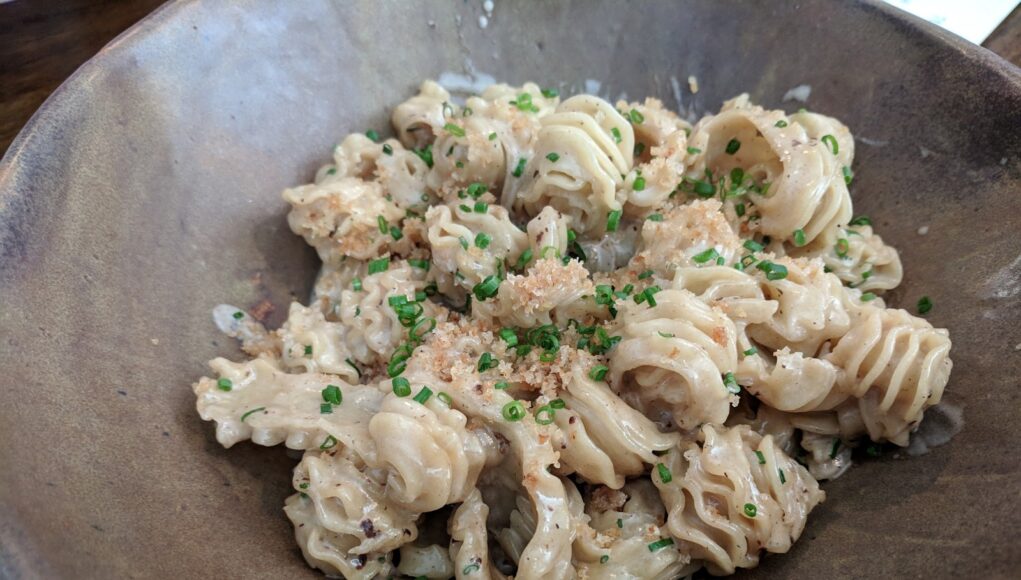 Having started at The Mirage in Las Vegas before many kids get a driver’s license, Chef/Owner James Trees, a 2020 James Beard Award nominee (Best Chef Southwest), has worked with some of the most famous chefs the world over.

Trees’ choice to return home to be close to family and open his first venue in Las Vegas (Esther’s Kitchen), and hiring some of his oldest friends (and their offspring) as “his crew,” is indicative of why he is notorious for being, “one great human being.” 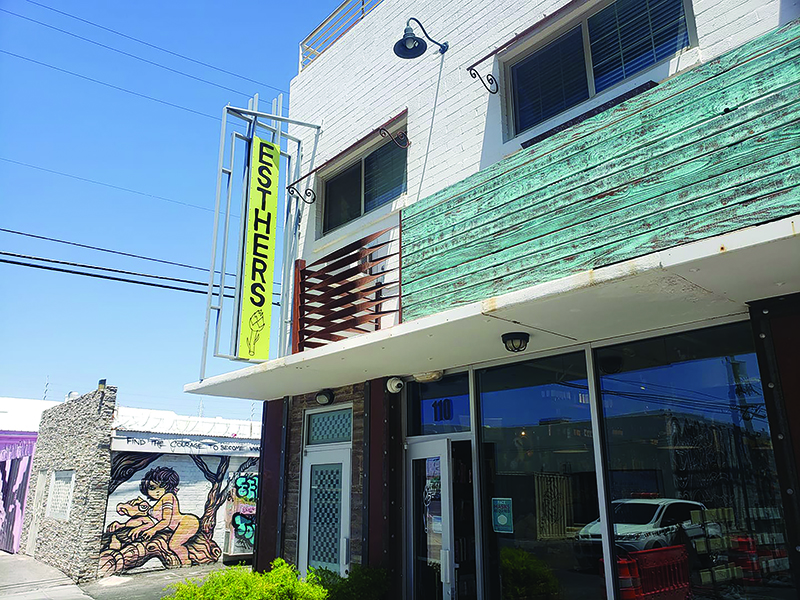 Read on to discover what makes Chef Trees a stand out chef, including his COVID-related perils and triumphs, and keeping his “starter” alive.

A 2020 James Beard Finalist Without A Suit

“We were going to go the James Beard Awards in NYC (results out September 25, 2020,) which I was really looking forward to because I was going to get a suit. The good news is at least I didn’t buy a suit… It’s a ‘win-win’ so far (sarcastic laugh). I work hard my whole life, the year I finally get some recognition and the f-ing world shuts down. This is the dark comedy that is my life.”

The Sense That Everything Matters

“I was a young chef at Bradley Ogden’s in L.V. when they won the James Beard Award for Best New Restaurant back in 2004 (the first James Beard Award in Las Vegas history). It was amazing just being surrounded by so much talent. We had the sense that everything we did mattered. And I would say that’s the one thing that reaches across the arc of my career. I feel like everything we do at Esther’s Kitchen matters. The difference is that Esther’s is completely underfunded, we don’t have a bunch of 22-year-old savants who’ve been working at the best restaurants in the world at our disposal. I’m basically getting kids who want to cook and learn the basics and then we’re building this really good foundation for them.” 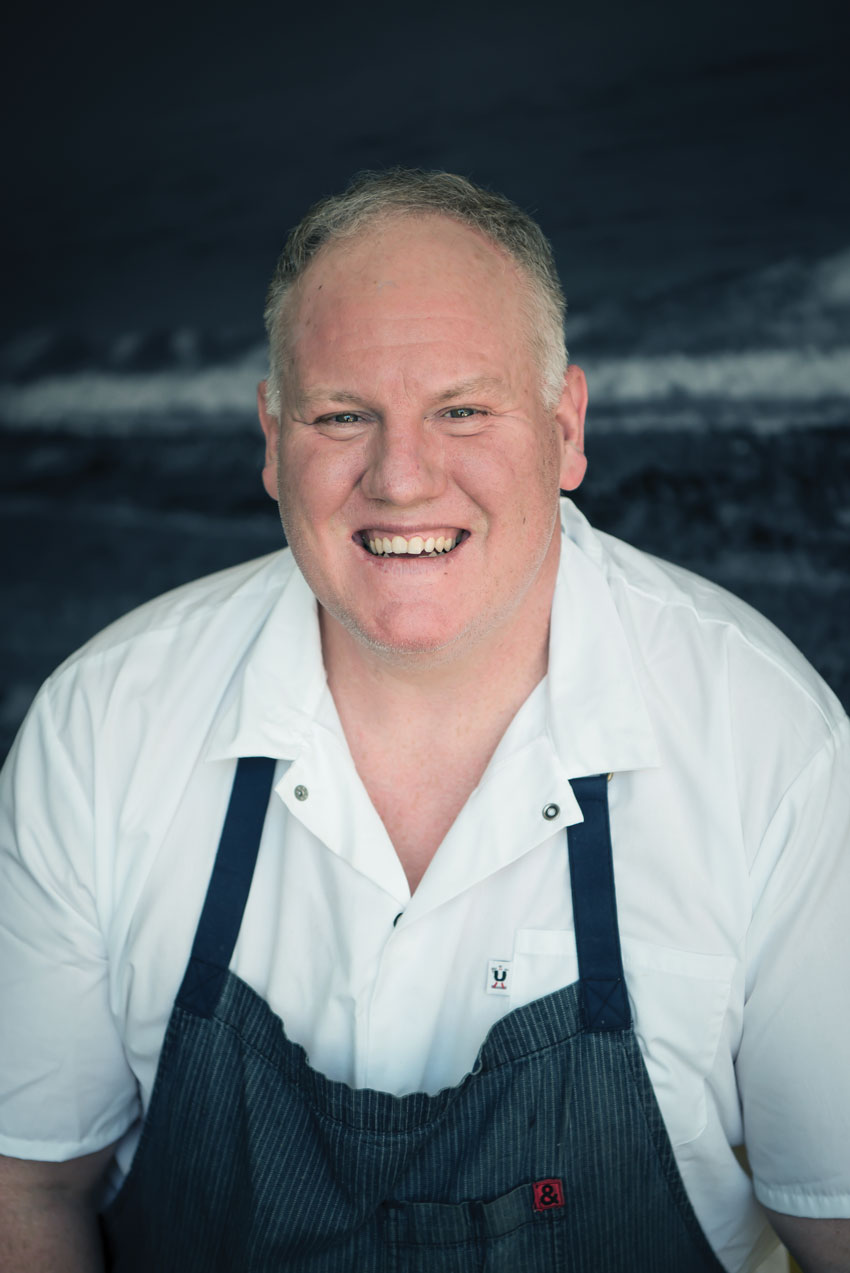 Not The Favorite Kid / The Miseducation Of Celebrity Chefs

“I’ve had great respect for chefs I’ve worked with (Bradley Ogden, Gordon Ramsey, Heston Blumenthal, etc.), and I’ve seen what greatness can look like. But, I really have to say that, I was never the favorite kid in the kitchen. You know… ‘that guy.’ I was never the ‘special one.’ I’ve seen it, and I’ve seen what that does to people. I’ll be honest, most often, it breeds laziness, un-thoughtfulness, and uncaring language.

I have mentors that I love to death. That I happily burned my arms with duck fat for and ended up in the hospital. And for the most part, I want to be the person who is the evolved version of that.”

“I was supposed to cook for Willie Nelson, at The Austin Rock Festival, back in March. I heard things were starting to close down due to COVID, but I was like, ‘No one’s gonna close Vegas.’ So I flew to Austin. And as soon as I got there, the festival was canceled. So that became my opportunity to enjoy Austin. Then they closed all the bars and restaurants in Austin, that same day. I’m like, ‘This just makes sense that this would be my vacation.’ I flew back to Vegas literally the same day.

The next morning we were told they were going to shut down all Vegas restaurants. I had to layoff my entire staff, minus my managing chefs and crew. That was one of the hardest things I’ve ever had to do, to tell people that you can’t live up to the obligation of taking care of them the way that you said you would. Fortunately, at least we were able to keep my managing chefs on full salary the entire time.”

“At some point, well into the pandemic, I realized I wanted to do something to connect with customers and keep the restaurant alive. This is when the idea for the kits was born. It was also around this time that we desperately needed to keep our bread ‘starter’ alive. My dry goods and produce provider crashed. So that’s when we started using The Chefs’ Warehouse and working with CW Sales Rep. Jessica Gordon, and she was able to bring in product from LA and get me the flour that I needed. So we just kept baking bread and keeping our starter alive. We had so much bread that we just gave the bread away to people who would show up.

We experienced such an awesome outpouring of enthusiasm from this that we made bread the center of our first meal kit. And then we did pasta, then a seasonal salad. And finally, we added a dessert. Basically we created a cooking kit for $60, that someone could grab, take home, and then cook along with me, either through Facebook or Instagram. Then, in 40 minutes they would have a four-course dinner on the table, and it would feel like they were able to participate in the restaurant. It also felt like they were getting the level of quality that we provided Esther’s, and maybe learning some tips and tricks at the same time.

We sold 50 kits in two hours, so we said okay we’ll do 50 more but that’s all we’re going to do. Right. So we sold the next 50 in thirty minutes. Then the next week we’re like okay should we try 200? We sold out 200 in less than two hours. People did the cooking kits who had never been to the restaurant and they felt the connection of being able to cook along and be a part of the ‘community.’ It actually made the restaurant profitable during the shutdown. On top of that, I was able to start bringing back dishwashers and bakers; all the different people who are part of the restaurant.”

“We had a lot of issues with our people not being able to get unemployment. So I was actually giving them cash, from the money coming in from selling the kits, to make sure they were okay. We were giving out food to all of our employees, cooking family meals, twice or three times a week so we knew that they were going to be okay. This was also a great way to catch up with everybody when they came to pick up; everyone still felt connected to the restaurant. Everything came together really well and we’ve been selling 300 kits a week since. We could have done more but we don’t have enough refrigeration.”

“Everyone has a grandma with recipes, but if Esther’s Kitchen is not better than your grandma’s cooking, we’ve failed. Getting food back to being soulful, using the best ingredients possible to create food that is beyond delicious: warm and hugging, keeping Esther’s Kitchen special forever; this is what I’ll always be at work on.” 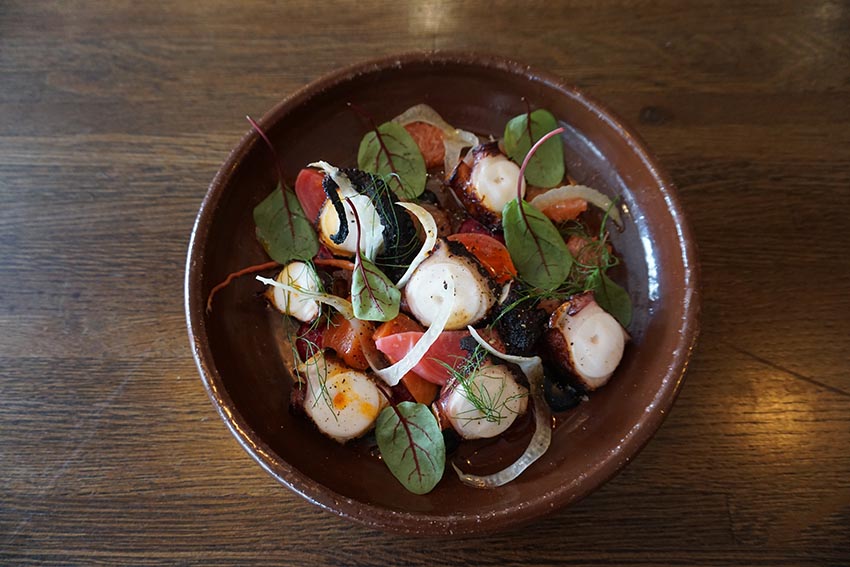