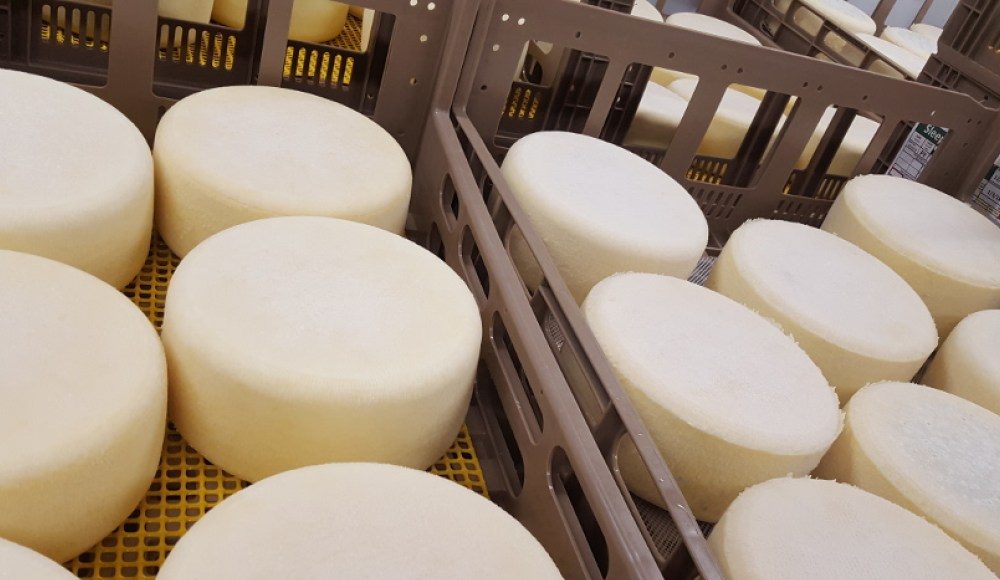 John Shuman is quick to note that the raw milk, organic cheeses produced by Cascadia Creamery are decidedly new. Co-owner of Cascadia Creamery, a family run operation located in the foothills near Trout Lake, Washington, John is assisting the revival of a long tradition of artisan cheesemaking which began over 125 years ago. This area is rich in volcanic soils and temperate weather which provides lush grazing meadows for their cows and an ideal location to craft organic, aged, raw artisan cheeses.

Cascadia Creamery strives to go “beyond organic”. With careful, quiet, and considered thought into every aspect of their cheese making, their raw milk comes from a fourth generation family farm that was one of the first dairies in the state of Washington to be certified organic by Oregon Tilth (one of the most rigorous certifiers of organic farms in the nation.) The result of this intersection of volcanic soil, mountain water, and ancient cave air, is a unique, complex, and delicious artisan cheese.

Volcanic soil is virgin soil, the product of new earth formed from ancient lava flows. Lava flow develops into some of the richest agricultural land on earth because it contains ancient minerals from deep inside the earth’s crust. On top of all this
environmental purity and abundance, they never use pesticides on the pastures nor do they give their cows hormones or antibiotics.

In addition, not only do they feed a diet of mostly grass resulting in better quality raw milk, but they also use only heritage Jersey, Dutch Belted, and Friesian cows with A2 genetics. Cascadia Creamery owner John Shuman states, “These heritage breeds have been used by dairy farmers for centuries not only because of the creamy, rich, high-protein milk they produce but also because they are more robust and live longer, healthier lives than other breeds.”

Like a fine wine where soil and environment come together to determine the wine’s unique flavor and bouquet, so also are their cheeses. Each one has been kissed by the elements of heritage breeding, volcanic soil, and mountain water, creating flavor bouquets that make for some of the highest quality artisan cheeses.

Taste-Memories of Spain from the Heart of Central Texas