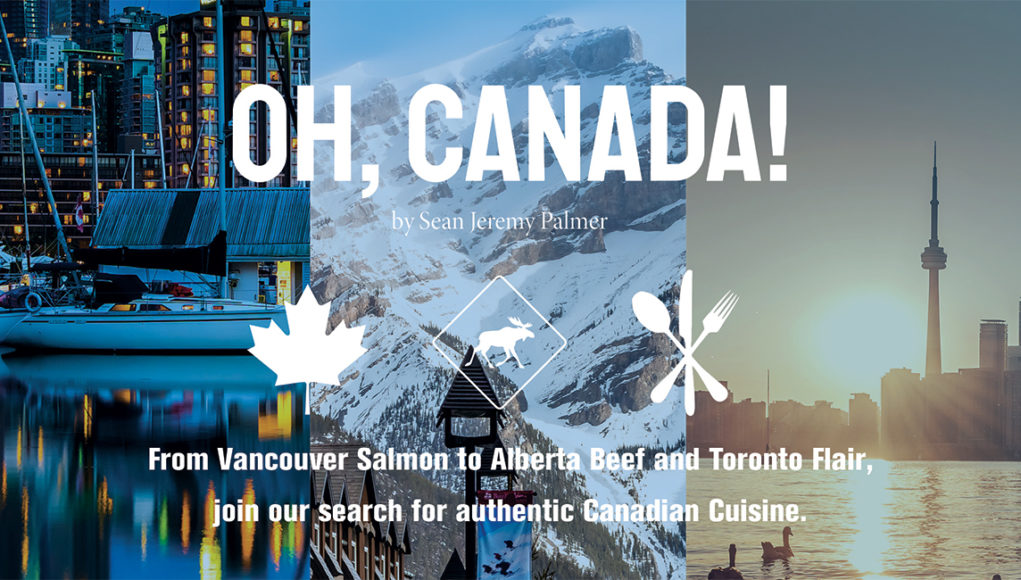 HOW WELL DO YOU KNOW CANADA?

From its frigid Arctic, through its majestic Rockies, rolling prairies, down its pristine waterways, under its open skies, and through its boreal forests rise some of the world’s most exciting cities and eclectic cuisines. With its fresh local salmon, pure maple syrup, Alberta’s heralded beef, and acclaimed ethnic street food, Canadian cuisine boasts much more than many are aware.

One of the world’s most multicultural countries, Canada has a culinary scene unlike any other. And just like its people, Canada is rich, fresh, innovative, and steeped in culture. With fork in hand, CW Magazine set out on a great culinary race to discover Canada’s culinary authenticity: a search for the true Canadiana. Join us!

Canadian authenticity runs deep into its growing aboriginal and indigenous cuisines. Combining ancient rural preparation methods and local proteins such as bison, moose, and deer, these venues are on the rise all across the country.

While Canadian’s have their whiskeys and their Ontario ice wine, there is nothing more Canadian than the wildly popular Caesar cocktail. It’s so popular they dedicate entire festivals to it. Known as the Bloody Mary’s more adventurous Canadian cousin that drinks like a meal, the Caesar starts with a tomato vodka base, a celery salt rim, clam juice, Tobasco, Worchestershire, horseradish…

BC’s Score on Davie’s Caesar cocktail is so amped up, fully-loaded, and go-for-broke, it  includes roasted chicken, a pulled pork Sriracha-glazed slider, onion rings, chicken wings, a pulled pork mac, a cheese hot dog, a burger, AND…a brownie for dessert! It’s an inspired stroke of lunacy you’ve got to see to believe.

Many argue that Canada’s true cuisine heralds back to its Quebecoise roots of tourtières, pâté chinois (think French shepherd’s pie), and the most famous poutine – fries, cheese curds, and gravy. Often considered Canada’s national dish, poutine is ubiquitous to menus across the country with just as wide an array of regional culinary spins: topped with scallop, shrimp, and crayfish sauce, served meaty with butter chicken and pulled pork, and even vegan-style with miso gravy, kale chips, and vegan cheese.

Finding the authentic Canadian cuisine becomes increasingly difficult the more you travel around, with over 200 languages and cultures. Nowhere is this culinary diversity on fuller display than in Toronto, home to six Chinatowns. Here you’ll also find Koreatown, Greektown, Little Italy, and Little India. World cuisines are available throughout the city, including Portuguese, Hungarian, Japanese, and Caribbean.