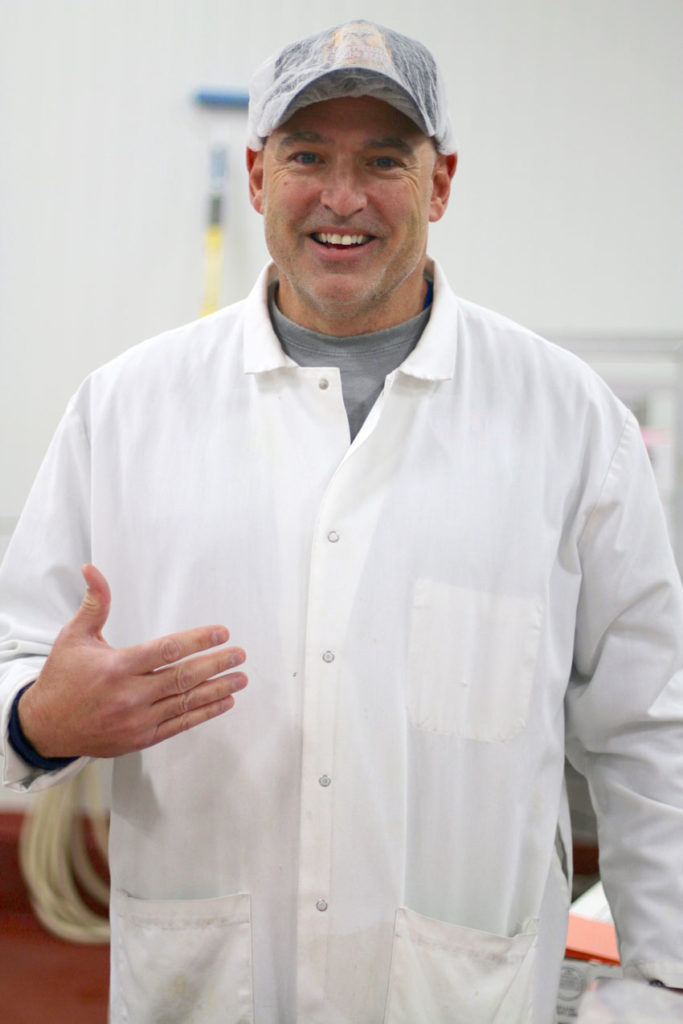 You’d be hard-pressed to find a man on the planet who knows more about meat and BBQ than Del Monte Meat Company’s own V.P. Paul Savage.

In the thick of the sizzling summer season, it’s the perfect time to get some protein perspective on America’s favorite
summer-eating pastime: BBQ, including the illumination of
“The Brisket Burnt Ends” to the West Coast appetite.

Having grown up in Missouri and lived in Iowa, Texas, and Arizona, how does California BBQ stand up to these impressive meaty regions?

“Every state has their own brand of BBQ. I happen to come from some hard-hitting BBQ areas that take a lot of pride in their offerings and history. Regionalized flavors and favorites are what create an area’s unique BBQ identity. Texas, for instance, is all about the Brisket and achieving the perfect smoke ring, (the badge of honor of great barbecue.)  California is dominated by Tri-Tip (invented in Santa Maria, CA, by a one-armed butcher named Bob Schutz in 1951.) I am from Missouri, (he proudly pronounces: ‘MissouRAH.’) We take our traditions very seriously of course.”

“Missouri is all about the pork steaks, (No, not pork chops! Steaks that come from the pork shoulder.) which you don’t hear about that much here in California. The secret to great pork steaks is to drop them into a slow cooker with a half-gallon of barbecue sauce and let them simmer for half a day before you toss them on a screaming-hot grill for a minute or two to finish. Everyone goes crazy for them.”

“It’s really an art to smoke something right. I use barrel smokers and sometimes a Traeger Pellet Smoker. With the barrel smoker, you want heavy smoke while keeping the temperature down (around 200 degrees), so you don’t overcook the meat.  But you need to ‘pound it’ with smoke.  To get heavy smoke (and keep the temperature down), you need to use soaked wood chunks.   People tend to use too much mesquite wood which will make the meat or corn on the cob taste metallic and off flavor.

Optimum smoking and barbecuing is all about practice, mixing the right woods (soaking them for at least 24 hours), and creating your own special spice mix for your rubs and sauces.”

“‘Missourah’ folks go crazy for the Burnt Ends. You BBQ your whole Brisket, then you cut off the point, cut it into cubes, pre-season (and/or sauce,) and re-smoke for an hour or two. Oh man, that meat just falls apart. It’s so delicious you won’t know what to do.”

“Again, I’m from ‘Missouri’ so I’m a dry rub guy. Good BBQ doesn’t need to be a sauce. I get creative making my own rubs, mixing and matching for milder and spicier rubs, combining up to 16 spices, experimenting with different kinds of peppers for some kick.”

Favorite BBQ Joint on the planet

“I sometimes get a bit homesick for the wide open spaces, Midwest food, the meat-eating culture, good old friends, great simple times. But I love the fishing here, the ocean and the sunshine.

The Mother of Twin Sisters Creamery

CW Celebrates the Taste of Yountville 2019